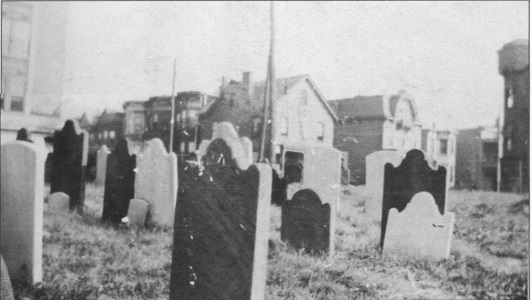 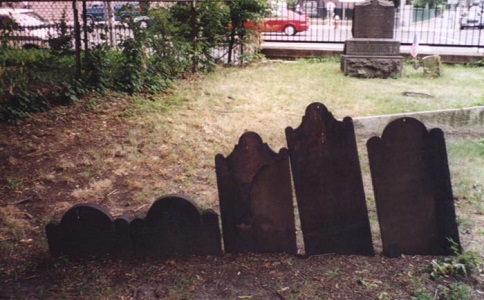 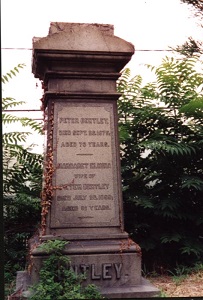 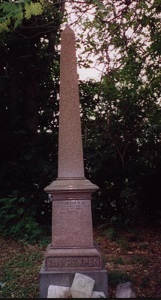 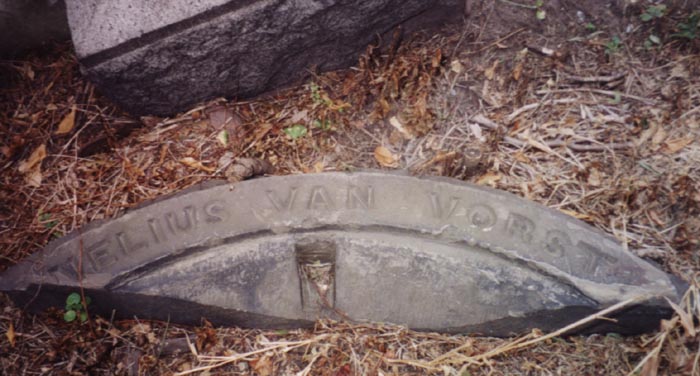 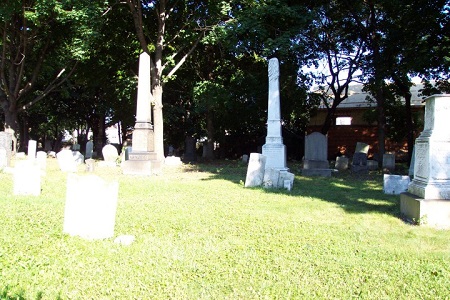 The Old Bergen Church Cemetery is located several blocks from Journal Square and may be reached from Bergen Avenue.

The first and oldest church burial ground in New Jersey and Jersey City was founded by the members of the former Dutch Reformed Church (now Old Bergen Church) in the colonial settlement established by the Dutch West India Company on the west side of the Hudson River. The graveyard was south of the present-day Vroom Street near Tuers Avenue adjacent to a small building used for religious services from 1662 to 1680. The first recorded burial by the congregation took place in 1668.

The Old Bergen Church Cemetery that we currently see along the east side of Bergen Avenue is an extension of the older burial grounds. According to the background provided by historian Daniel Van Winkle, a second burial ground was later developed at the southwest corner of Bergen and Vroom. Here previously stood the Octagonal church that served the Dutch Reformed congregation from 1680 to 1773, when it was razed for a second church, and then replaced by the third and present-day church at Bergen Avenue and Highland Avenue in 1841.

An iron gate atop a concrete wall surrounds the Old Bergen Church Cemetery. Set on a small hill, it serves as the final resting place for about 150 of its earliest members. The grave markers carved of wood have not survived. The oldest remaining stone markers date from the late 1700s and bear the names of many descendants of the village of Bergen’s founding Dutch families--Brinkerhoff, Merseles, Newkirk, Sip, Van Houten, Van Reypen, Van Vorst, Van Wagenen, and Van Winkle. Among the graves are those of the legendary Revolutionary War patriot Jane Van Reypen Tuers and two pastors of the Dutch Reformed Church, the Rev. William Jackson (1757-1793) and the Rev. John Cornelison (1793-1828).

When passing the cemetery, one notices that the grave markers face east away from Bergen Avenue, a position for the souls of the dead said to be in keeping with preparation for the coming of the Day of Judgment.

Controversy over the church’s burial grounds on the southwest corner of Bergen Avenue and Vroom Street appeared in the local papers when the property was sold for commercial development in 1922. Church authorities offered to settle with plot holders for the re-interment of family members at Bay View Cemetery. In 1926, the widening of Bergen Avenue resulted in the displacement of some of the grave plots along the avenue. The remains of many were moved to Arlington Cemetery in North Arlington, NJ.

No longer available for new interments, the last burial in the Old Bergen Church Cemetery took place in 1945. Cemetery records are included among those of the Family History of the Church of the Latter-Day Saints.