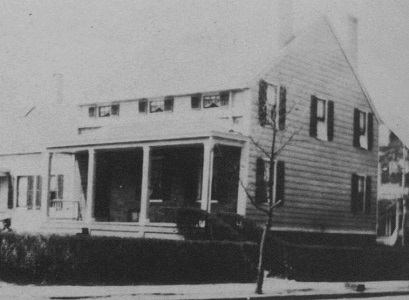 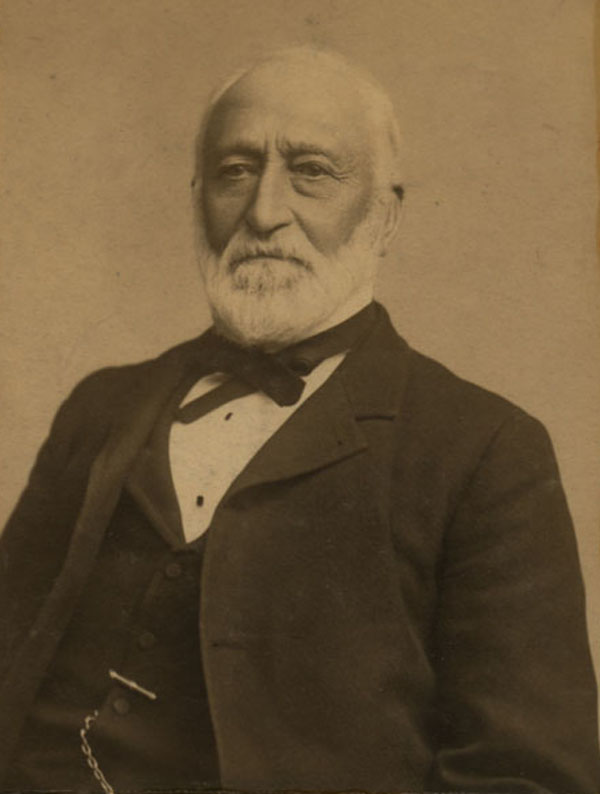 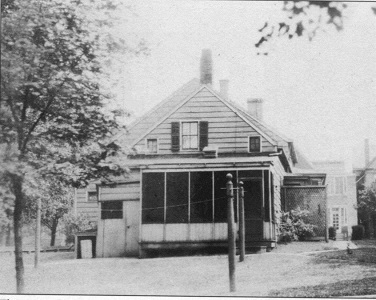 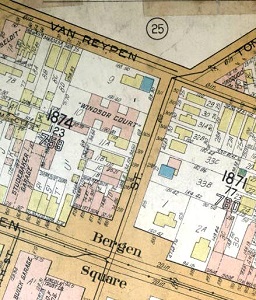 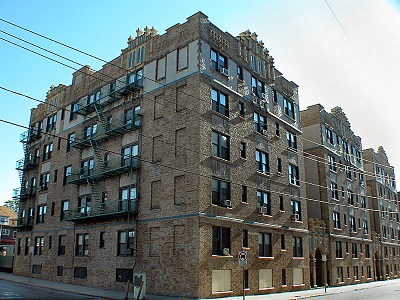 The Van Reypen house, one of the oldest homesteads in Jersey City, was built in 1802 and owned by one of the founding Dutch families of Bergen. It is said to be the third house constructed west of one of the original lots within the Bergen stockade established by Director-General Peter Stuyvesant for defense against the Indians in 1661. The first two houses were reportedly destroyed by fire, and the bricks from one of the former buildings were used in the construction of the 1802 home.

According to historian Daniel Van Winkle, the Van Reypen family dates back to Juriaen Tomassen who emigrated from Amsterdam in April 1663. He first lived in Passaic County but settled in Bergen between 1664 and 1667. Tomassen acquired Lot 161, now 311 Academy Street at the intersection of Academy and Van Reypen streets, and other property. He became a member of the Dutch Reformed Church (now Old Bergen Church) in 1667 and married Pryntje Hermens on May 25 of that year. They had ten children, five boys and five girls. Their descendants adopted their surname from Tomassen's ancestral town of Ryp or De Ryp. Records for the variations of the family name may be found in records of the church starting in 1761. By the early nineteenth century, occupants of the homestead spelled the name "Van Reypen" (Van Winkle 97-102).

Several members of the Van Reypen family played significant leadership roles in the developing community that would be Jersey City. During the Revolutionary War, Daniel Van Reypen, a blacksmith, who lived at 320 Fairmount Avenue, was a staunch patriot; he was briefly imprisoned by the British in New York. His sister Jane Van Reypen Tuers learned of a conspiracy to hand over West Point to the British, gave the information to her brother, and he passed it on to General "Mad" Anthony Wayne in Hackensack for General George Washington.

Cornelius C. Van Reypen was active in the political, social, and church affairs of Jersey City. He was born and died in the house constructed by his father Cornelius on the plot purchased by his great grandfather. Van Reypen attended the nearby Columbian Academy (1790-1857), the first school in Bergen, and was a member of the Holland Society of New York City. He became vice president of the Hudson County Democratic Society and served as treasurer of the Dutch Reformed Church for twenty-five years.

Dr. William K. Van Reypen graduated from New York University at age seventeen and New York University Medical College. During the Civil War, he was an assistant surgeon with the Second Regiment of New Jersey Volunteers and then an assistant surgeon in the United States Navy at the naval hospital in Brooklyn, NY, among other assignments. Dr. Van Reypen was appointed surgeon general of the Navy by presidents William McKinley and Theodore Roosevelt and retired with the rank of senior rear admiral. From 1884, he lived in Washington, DC, and participated in several civic organizations such as the American Red Cross (president, 1904), Sons of the American Revolution, Military Order of the Loyal Legion, and, like his father, the Holland Society of New York City.

The Van Reypen homestead remained in the family until 1925 when it was sold and razed for the construction of an apartment building. Anna D. (Van Reypen) Green, the youngest daughter of Cornelius C. Van Reypen and sister of William K. Van Reypen, was the last occupant.