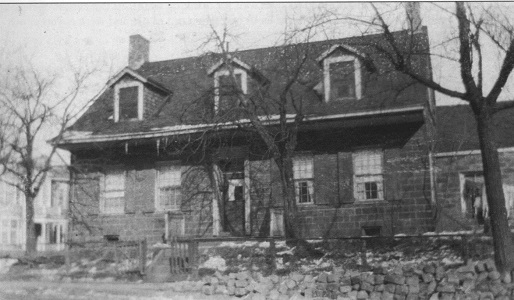 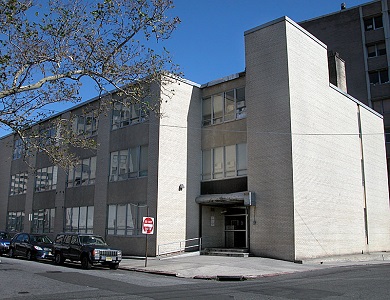 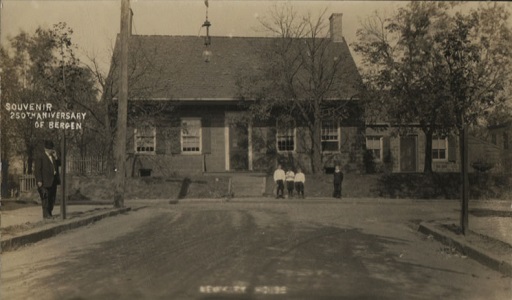 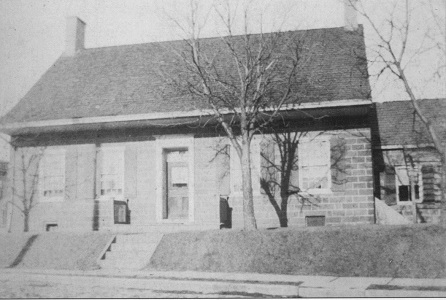 The site of the Newkirk House dates back to one of the English patents at the Village of Bergen issued by Philip Carteret, the royal governor of New Jersey, to John Berry on July 20, 1669.

The tracts given to Berry were: No. 162 at the east corner of the village square, as well as six lots of woodland (No. 70), six lots from the Village of Bergen to the Hackensack River, and two adjoining plantations (No. 125) near Bergenwood Road, now Summit Avenue. The Newkirk Homestead was built on the latter tract that surrounded the east corner of the Village of Bergen, now Bergen Square.

Berry sold tract No. 125 and adjacent lots to Samuel Edsall in 1670. The property was then sold to two brothers, Mattheus Cornelissen and Gerrit Newkirk. They had arrived in America on the De Moesman from Holland in 1659. The origin of the family name comes from Van Niewkercke or "from new church" near their birthplace.

Mattheus C. Newkirk settled in the Dutch settlement of Flatbush (now in the Borough of Brooklyn, NY) and then moved to Bergen in 1665, a year after the English takeover of the Dutch colony of New Netherlands. According to Rosalie Fellows Bailey in Pre-Revolutionary Dutch Houses and Their Families in Northern New Jersey and Southern New York, "Matheus [sic] probably purchased the plantation as it was later divided between two of his younger sons, Gerrit and Poulus. The latter's home was on a two-acre plot willed to him by his mother in 1731" (307). Mattheus Newkirk died on May 12, 1705; he predeceased his wife (second) Catrina, mother of Gerrit and Poulus.

The time of construction of the Newkirk House on the historic property, however, remains in dispute. According to Bailey, "The house was a long, narrow, one and a half story building, of well dressed stone, covered with a gable roof. In the Holland Society Yearbook for 1915 is the statement that this house was built by the Newkirks in 1810. Matheus deeded the property this year to his son Garret Nieukerk so it is possible that the latter erected it then. However the lines of this house are more typical of the first half of the eighteenth century. In the later period the more usual type of building was a deeper house" (307)

Local historian J. Owen Grundy concurs that "from its architecture it appeared much older." He comments that the family members ". . . were still living in the old homestead in 1928, and that was two-hundred-and sixty-three years after their original ancestor moved just around the corner on the old Village Square" (Jersey Journal 31 December 1969). Since the house was razed shortly thereafter, confirmation of the year of construction is not possible.

The contemporary office building that occupies the site today as 2 Enos Place was recently renovated and added to the Journal Square campus of Hudson County Community College.