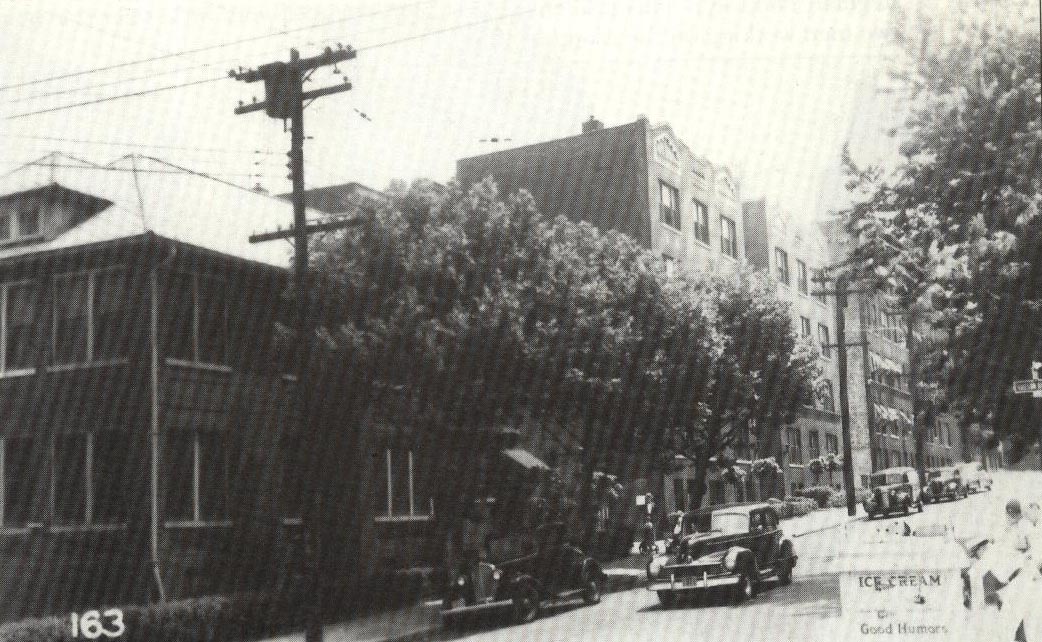 Audubon Avenue looking east from Hudson (now Kennedy) Boulevard. Audubon Park would have been just on the right hand side of the 1950's era photo taken by city photographer Dan McNulty. 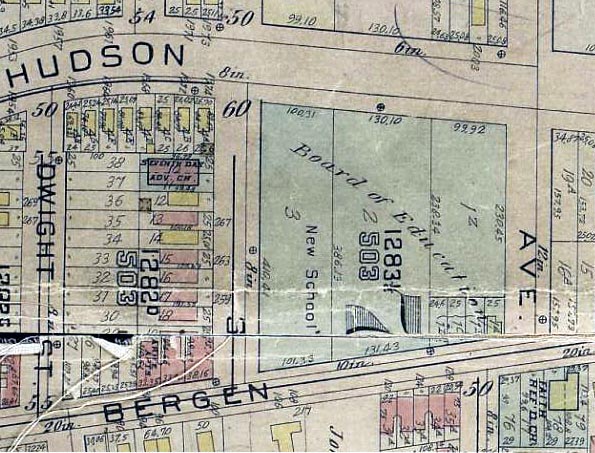 Detail from the 1919 Plat Book of Jersey City showing the future site of Audubon Park. The map indicates that the property was once owned by the Board of Education of Jersey City. 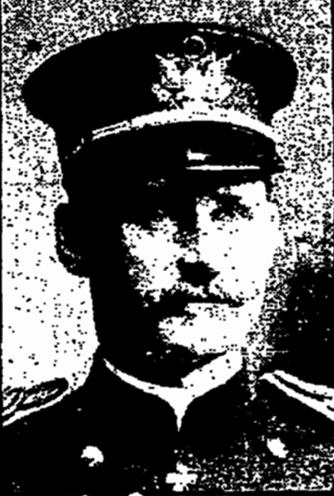 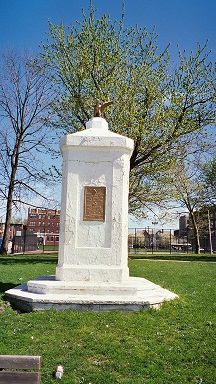 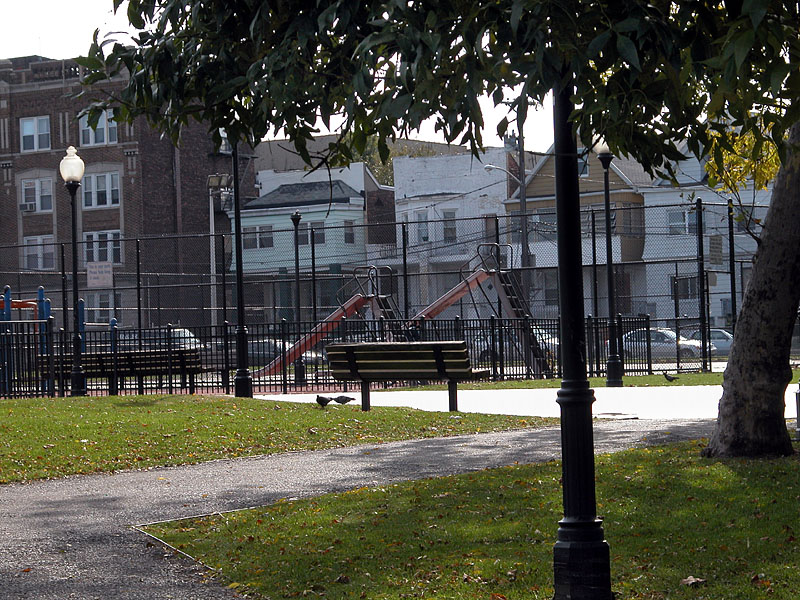 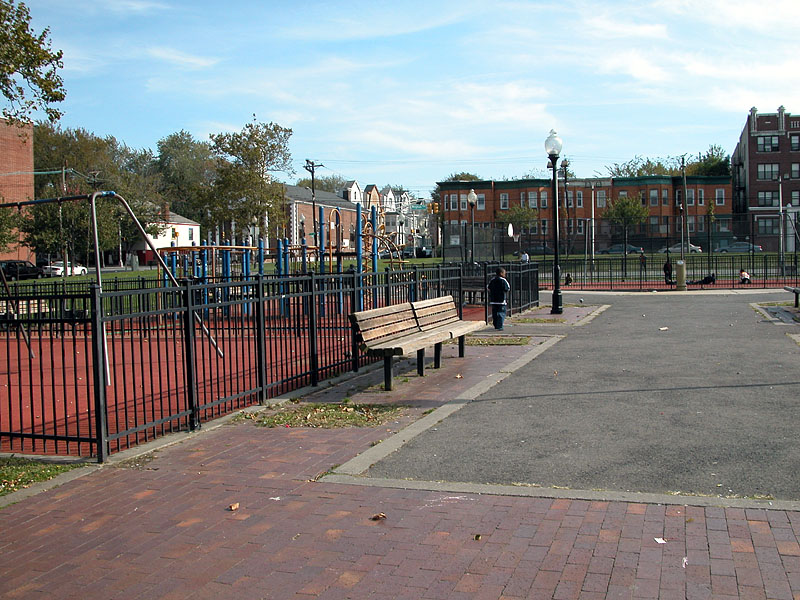 Originally known as Kilpatrick Street, Audubon Avenue started off as a small country lane running west from Bergen Avenue. The narrow road provided carts and wagons with access to the numerous small farms and greenhouses that once prospered in the neighborhood. The name Audubon Avenue first appears on maps and other official records around the turn of the twentieth century. Presumably the street name was chosen in honor of the work of the famous naturalist and painter John James Audubon (1785-1851), although there is no known connection between him and the area.

Most of the property that is now part of Audubon Park once belonged to a German-born market gardener named George Dorn (1840-1915). His farmhouse was situated further west on the north side of the street, approximately where New Jersey City University's Congressman Frank J. Guarini Library stands today.

Dorn and his wife Anna, were among the founding members of the nearby Zion German Evangelical Lutheran Church. They were part of a wave of German immigrants who settled in the Greenville area during the second half of the 19th century. The German community of Greenville established and patronized a variety of local institutions including the Greenville Hospital, and Armbruster's Schuetzen Park.

Dorn died in 1915 and the Jersey City Board of Education acquired the eastern part of his property as the site for a new public school. When plans changed, the parcel was acquired by the city for use as a new public park. The name of Audubon Park was officially bestowed at its dedication on October 4, 1930.

In 1950 Audubon Park was rededicated as the Major John W. Desmond Memorial Park. Major Desmond, a local mailman and a veteran of both the Spanish American and First World Wars, died in 1926; the American Legion Post 172, 298 Bergen Avenue, in Greenville is also named in his honor.

At the ceremony, a ten-foot granite monument with a two-stepped octagonal base nine feet in diameter was presented and may be viewed from Kennedy Boulevard. There are four bronze tablets on the sides of the monument for the names of the men and women of the Seventh Ward who had served in the armed forces; a bronze American eagle sits atop the monument.

The proceedings for the rededication started with a parade from the Bergen Avenue Desmond Post; it included representatives from several veterans' organizations, Boys Scouts, Girl Scouts and other civic and fraternal organizations. The principal speaker at the dedication ceremony was former three-time New Jersey Governor A. Harry Moore, who encouraged continued American military vigilance after World War II: "We must fill the skies with planes and cover the ocean with ships" (Jersey Journal 8 May 1950). Jersey City Mayor John V. Kenny (1949-1953) also spoke.

In 1988 a Jersey Journal article on the park referred to it as "probably the biggest, most congested and most used basketball haven in the city" and one of the city's most popular recreational facility (Jim Hague 24 September 1988).

The park has been renovated over the years. The handball courts near Stegman Street have been replaced by a "tot lot" and the name "Audubon Park" appears at the entrance of the playground at Audubon and Bergen Avenues.