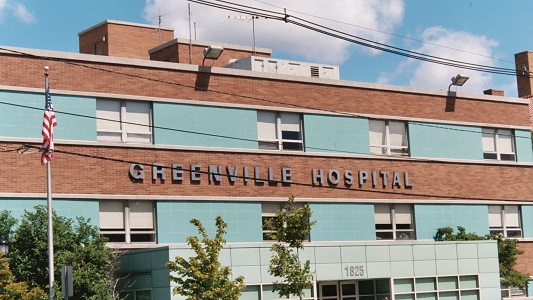 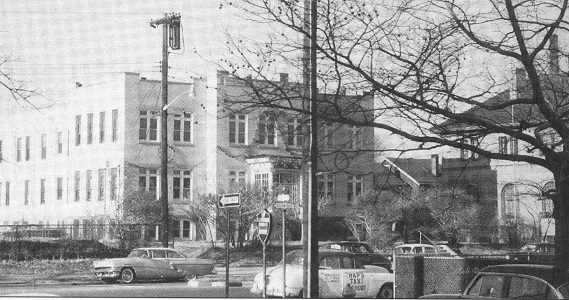 Photograph of Greenville Hospital circa 1950 showing the original 1912-1914 structure.

In 1898, Greenville Hospital opened as the German Hospital and Dispensary of Hudson County, New Jersey by the Schwabischer Kranken Unterstitszungs Verein of Hudson County in a Danforth Avenue house. The German civic organization Suabian Sick Benefit and Folks Festival Society purchased the property and incorporated the hospital "to care for, nurture the sick, injured or those afflicted by disease, or victims of accidents or casualty, and the training, education and instruction or preparation of persons, male or female, to act as nurses."

The hospital's founding coincided with a new wave of German immigrants who settled in Greenville to join earlier Germans inhabitants. The newcomers had fled their homeland fearing growing militarism in Europe and future war. They found the Gothic-style Zion Evangelical Lutheran Church in 1877 (now Muungano Seventh-Day Adventist Church)  at Kennedy Boulevard and McAdoo Avenue and the English Lutheran Church of the Redeemer in 1898 (now the Redeemer Lutheran Church) at Warner Avenue.

In 1918, the hospital directors renamed the German Hospital the Greenville Hospital in response to anti-German hostilities in America during World War I. They were determined that its name would not stand in the way of providing health care during war-time medical emergencies and remained true to its motto:  "Partners in care--sharing time and resources."

Greenville Hospital's contemporary twentieth-century style building was completed in 1964 and the west wing was added in 1971. In 1989, the hospital joined the Jersey City Medical Center. Two years later, they together joined LibertyHealth Systems, a consortium of health care services in Hudson County, the former parent organization of the Jersey City Medical Center.