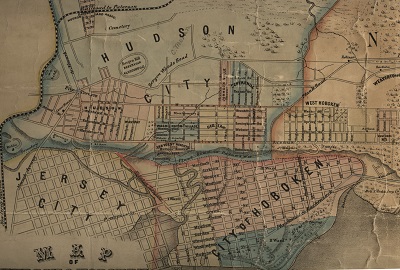 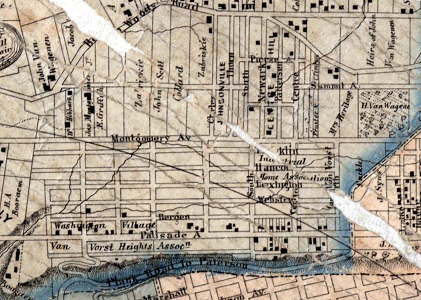 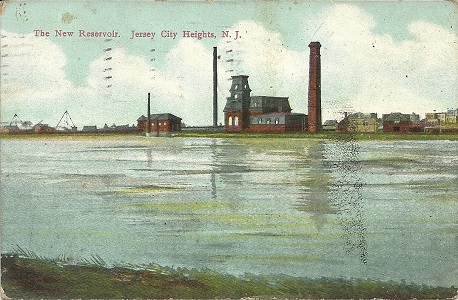 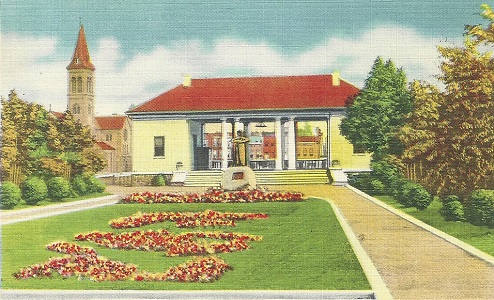 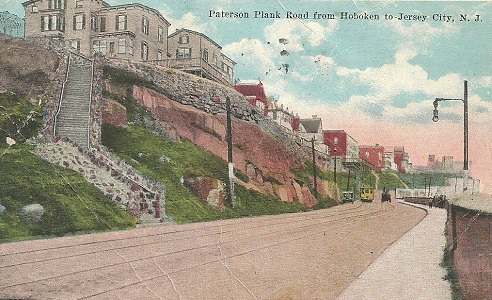 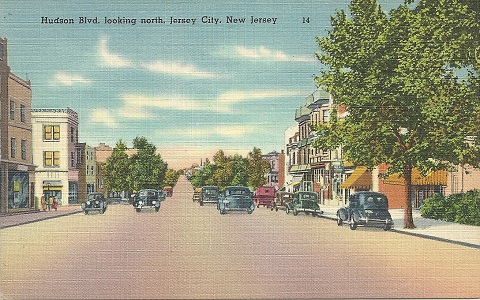 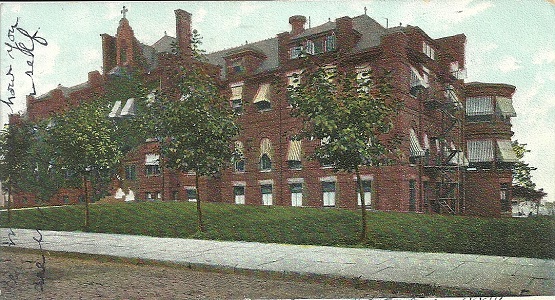 The Jersey City Heights refers to a large area of Jersey City located north of Journal Square and west of Downtown Jersey City and Hoboken. "The Heights," as it is most commonly known, includes many small neighborhoods like Western Slope, Riverview Park, and Washington Village.

In its current usage, "the Heights" describes a much narrower geographic area than it did in the past when it frequently referred to almost anywhere on Bergen Hill, the long, narrow ridge of the southern Palisades just west of the Hudson River waterfront.

Hudson City was one of several towns established within the boundaries of the County of Hudson founded in 1840. Between 1852 and 1855, Hudson City separated from the larger Township of North Bergen. It became a fully independent municipality with its own mayor and Council for fifteen years. Formed by the intersection of roads that led to Newark, Hoboken, Jersey City, and New York City, the Five Corners area was Hudson's City's transportation and commercial hub.

When founded, Hudson City had approximately 3,000 residents who lived along the Palisades ridge between Hoboken and the Hackensack River Meadowlands. Once a heavily wooded area, Hudson City became an attractive, convenient suburban-like community for middle-class families as well as immigrant Irish railroad laborers and German merchants and craftsmen and their families.

Hudson City’s first mayor was General E.R.V. Wright. His mansion, called “Forest Home,” was on a wooded estate in the area of Oakland Avenue. Wright served as a county prosecutor and congressman, but he failed to capture the Democratic party’s nomination for governor in 1859 (Grundy 40). The following year, Mayor Wright was succeeded by Van Reipen.

Hudson City's first Town Hall was at the former Simpson Methodist Church at 25 Oakland Avenue. It was later razed for the construction of the Third Precinct Police Station.

As the town increased in population. its civic interests became more closely aligned with its neighboring communities. Hudson City residents voted to give up their independent political status for the city's consolidation with the adjacent City of Bergen and the City of Jersey City, under the name of the latter in 1870.

Today, the Jersey City Heights-Hudson City area is known for its historic sites, such as Washington Park and the 1742 Van Vorst house, at 531 Palisade Avenue, built during Dutch settlement. The Pathe Frere Studios, once at the corner of Congress and Ogden streets, marks the origins of the film industry along the Palisades, ca. 1914. Grace Lutheran Church on Summit Avenue is noted for its stained glass windows by the famed J. & R. Lamb Studios of Clifton, NJ. Founded in 1906, Congregation Mount Sinai, at 128 Sherman Avenue, is the oldest synagogue in Hudson County.