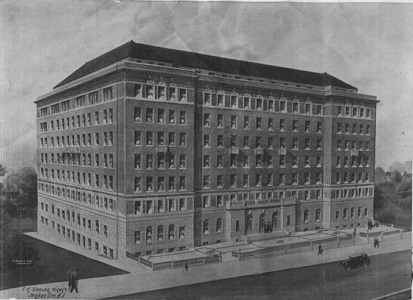 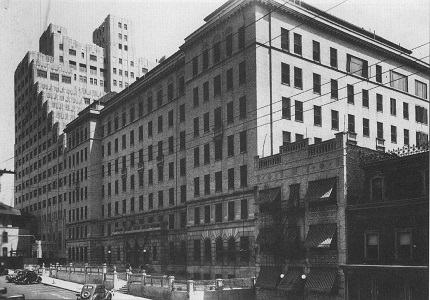 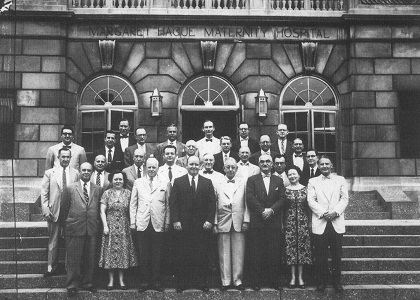 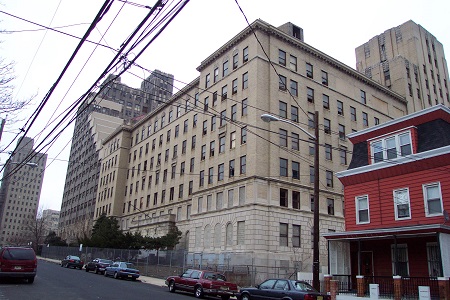 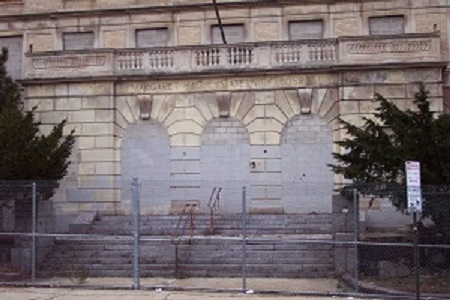 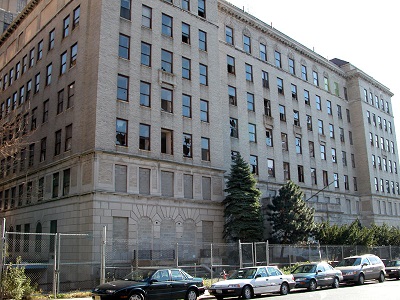 The Margaret Hague Maternity Hospital is one of the most revered landmarks in Jersey City. The official opening was on October 12, 1931, as part of the Jersey City Medical Center Complex at Montgomery and Baldwin Avenues.

More than 350,000 babies of record, including New Jersey Governor James McGreevey, Martha Stewart, and two of Frank Sinatra's children, were born at the hospital from 1931 to 1979. Two claims for the "first" baby appear in the press. One for Carmen J. Rullo of Bayonne on October 9, 1931, and the other for Hugh James Nevin of Jersey City, born on October 15, 1931.

Designed by architect Christian H. Ziegler, the ten-story Art Deco building was the first building of the Medical Center Complex. Mayor Frank Hague proposed the maternity hospital in 1921. For the project, he recruited the assistance of the Hudson County Board of Chosen Freeholders (now Commissioners), especially Mary T. Norton, later a US Congresswoman from Jersey City. She successfully lobbied the freeholders for its funding.

Norton's goal was to address the high infant mortality in Hudson County that peaked at 212 per 1,000 births in 1923 (Vernon 71). Hague's goal was to establish the best maternity hospital of its time, named for his mother who died in 1921. Built between 1928 and 1931, it took a $1,600,000 bond issue to fund the construction. The hospital later included an Eleanor Roosevelt Nursery. When Mrs. Roosevelt visited the nursery, she was greeted by New Jersey Governor A. Harry Moore from Jersey City, Mayor Hague, and Congresswoman Norton.

The Maternity Hospital had accommodations for four hundred mothers and babies. It offered extended visiting hours for working fathers and daycare for children of mothers in the hospital. The building featured a stainless steel chandelier in the delivery room, brass handles, and terrazzo floor. The public rooms on the first floor were designed in aluminum and bronze. The interior furnishings came from a local furniture store, Gray's of 173 Newark Avenue. The building also had several penthouses and a movie theater on the top floor. For several years, the hospital was noted for its low maternal death rate.

The Maternity Hospital closed in 1979, and the City of Jersey City leased it for office space until 1995. A maternity facility at the Margaret Hague Pavilion of the main Jersey City Medical Center temporarily took over the hospital's services until 2003. A stained glass window of the Madonna and Child, once in the lobby of the Maternity Hospital, was placed in the Pavilion.

In 2002, the Jersey City Redevelopment Agency named Metrovest Equities of Manhattan to rehabilitate the Medical Center complex for rental and condominium apartments. Metrovest completed the renovation of two buildings into condominiums--the Rialto and the Capital--during the first phase of the project. In 2012, the Connecticut firm of Building and Land Technology purchased the remaining property from Metrovest and completed the building restoration for rental properties, or phase two, of the project.

The maternity hospital, now called The Hague, underwent renovation and opened in April 2016 with 241 rental apartments. It is the last of eight former Medical Center buildings rehabilitated and known as The Beacon.