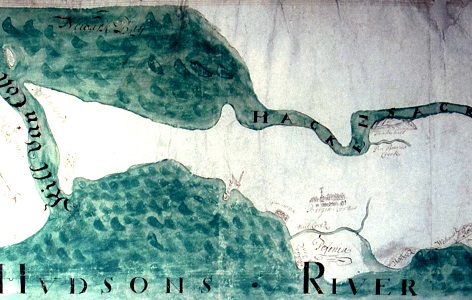 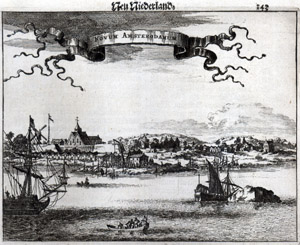 William Kieft, the third Director-General of New Netherland, had a less than illustrious career in the Dutch colony in America. He is best known for his lack of diplomacy with Native Americans, resulting in years of warfare and disruption to the entire colony, especially the settlement of Pavonia, today's Jersey City.

While living in Holland, Kieft was a merchant. He was selected for his post in America with the charge to make Pavonia profitable. Soon after his arrival in September 1639, Kieft levied a tax on the Native Americans in the Dutch colony on both sides of the Hudson River. The purpose of the tax in maize or wampum was said to provide them with "protection" from rival tribes. The Native Americans viewed Kieft as an interloper. David F. Winkler, in his article "Revisiting the Attack on Pavonia," comments that Kieft earned the disdain of Indian [sic] chiefs with his 1639 decision to impose a tribute for Dutch security" (6).

The Dutch-Native American relations had already deteriorated. Algonquians had killed two colonists, and Kieft sought to place the suspects on trial under Dutch law. Kieft formed a "Council of Twelve" to advise him on recurring incidents over his taxation policy. In 1641, hostilities mounted and members of the Council petitioned Kieft to avenge the deaths of Dutch settlers. Winkler writes that despite claims of Kieft's war aggression, there are conflicting accounts of "Kieft's war." They bring into question Kieft's "enthusiasm for the anti-Indian [sic] expeditions" (10) that affected Pavonia and "weakened the Dutch position in the New World" (3).

Kieft ordered an attack on the Native Americans at Pavonia. He reportedly told his soldiers to spare the women and children. Dutch soldiers reached Pavonia on the night of February 25, 1643. The soldiers killed eighty men, women, and children in a rampage. Winkler notes that although his orders were not followed, "Kieft thanked and rewarded the troops for their conduct" (11).

Eleven Native American tribes organized for retaliation across New Netherland. War ensued for the next two years to which the Dutch aggressively responded. According to local historian Joan D. Lovero, "Dirck Straatmaker from Caven Point ventured out to see what had happened and was struck by a poisoned arrow. . . .The [Cornelius] Van Vorst home at Harsimus was set ablaze and a child, Ide Van Vorst, taken as captive. The less unfortunate Dutch escaped to New Amsterdam, where they watched the fires that ravaged their homes and their crops. Pavonia was desolate" (10). Peace did not return to the area until a cease-fire agreement ended the hostilities in August 1645.

Settlers in the colony asked the Dutch West India Company to recall Kieft to Holland for an investigation of his actions. On his trip home in 1647, Kieft died in a shipwreck off the coast of England, and his papers were lost at sea. He was never able to report his version of the war or his administration and redeem his name. Native American hostilities severely affected New Netherland's economy and convinced some settlers to return home to Europe.

Overall, Kieft's administration diminished the confidence of the remaining settlers in the colony. In 1647, Peter Stuyvesant arrived in New Netherland as the next director-general to revive the failing settlement.