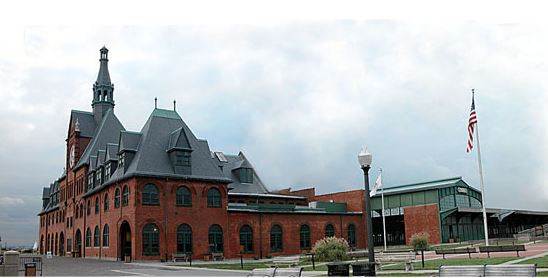 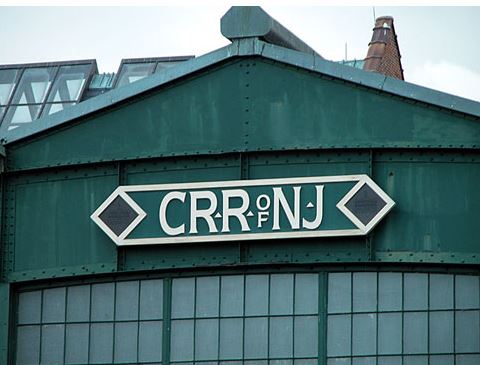 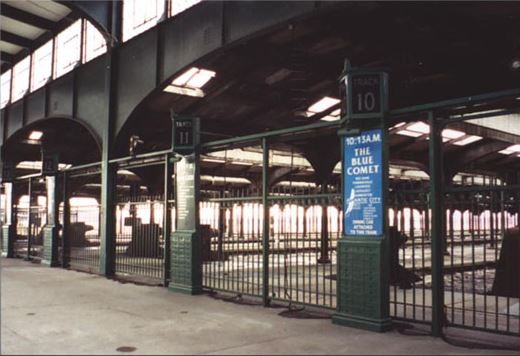 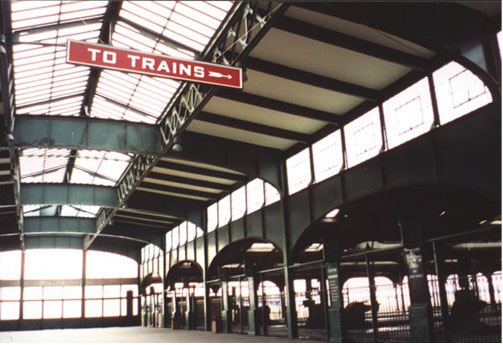 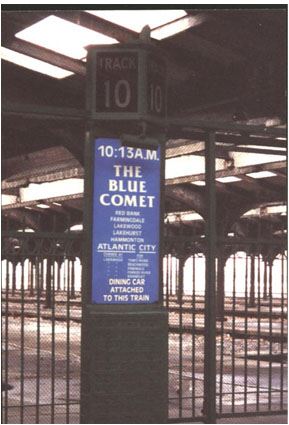 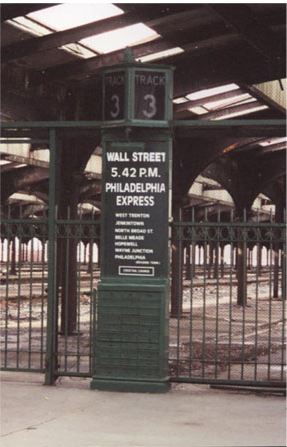 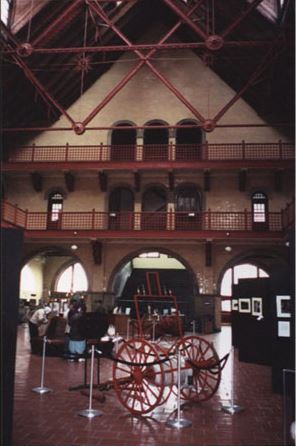 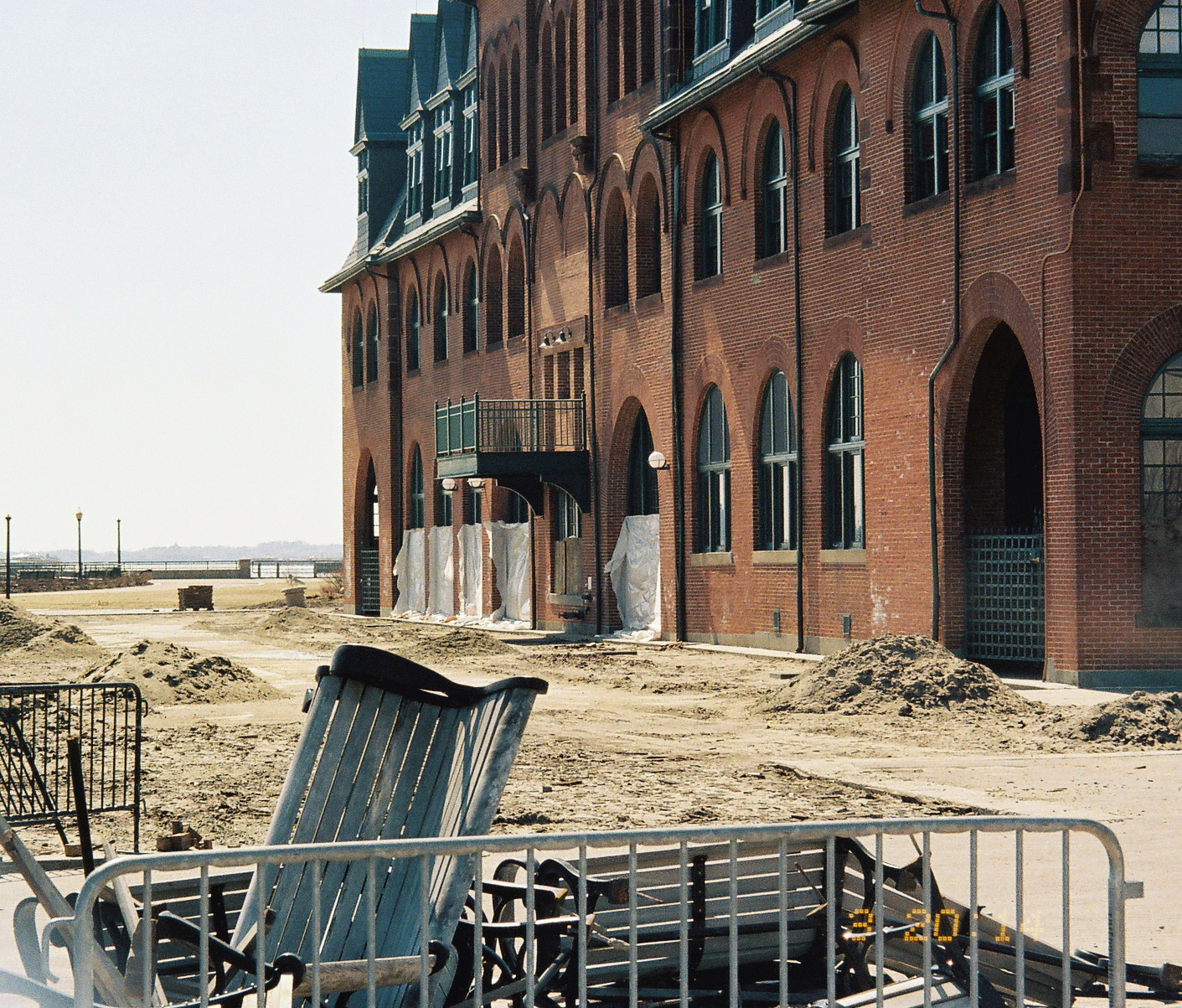 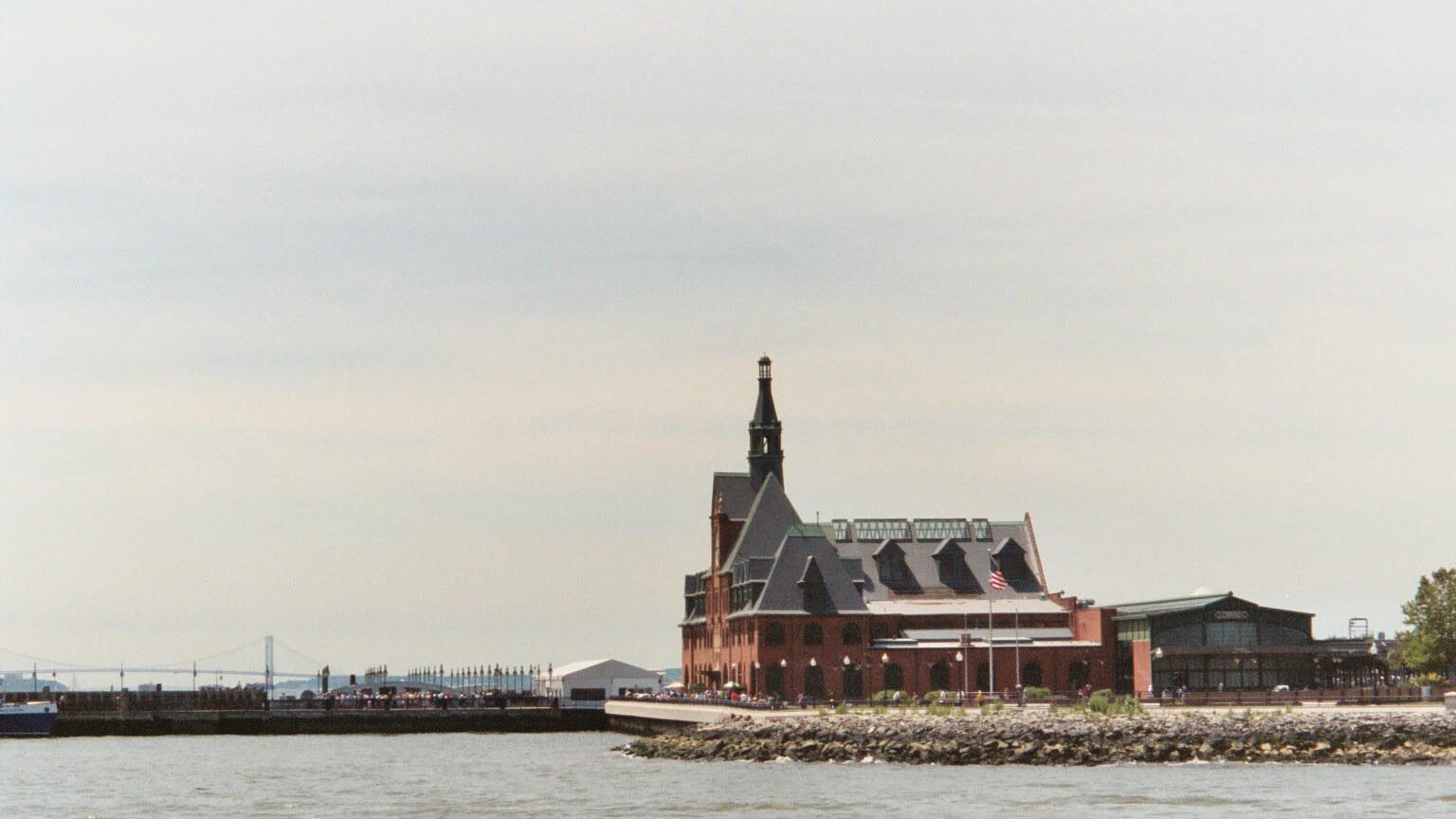 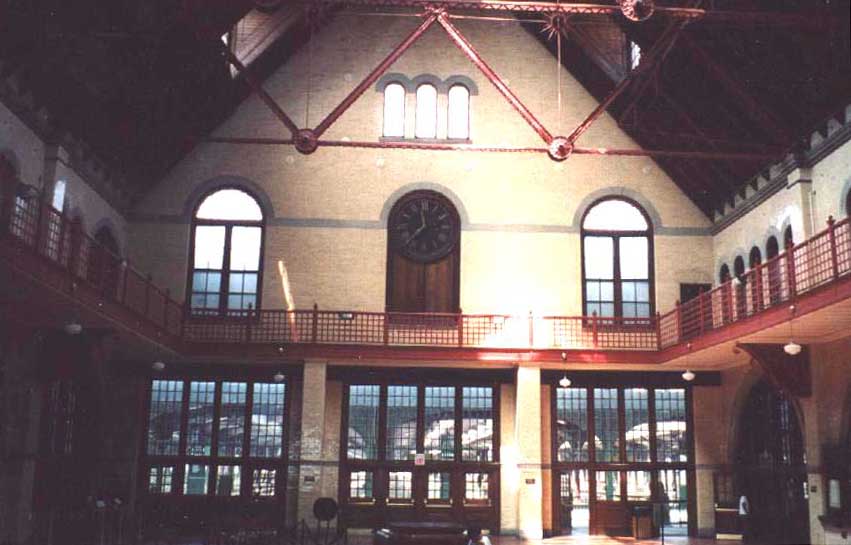 Jersey City's most-visited "destination" site is undoubtedly the Central Railroad of New Jersey Terminal at Liberty State Park, New Jersey's largest urban state park. The railway station and nearby Statue of Liberty and Ellis Island Immigration Station, reached by ferry, form "The Historic Trilogy," an incomparable location in all of the United States.

The Central Railroad of New Jersey (CRRNJ) developed the one and one-half mile terminal complex along the Jersey City waterfront in the 1880s at  Communipaw Cove, once known for its oyster beds and marsh grass. In 1661, during the Dutch settlement of New Netherland, it was the site of the first ferry service from the west side of the Hudson River to Manhattan. The railroad era, during America's 1840s industrialization, brought renewed interest to the Jersey City waterfront for freight and passenger service.

In April 1849, the origin of the CRRNJ came from the name change of the Somerville and Easton railroads, after the earlier purchase of the Elizabeth and Somerville railroads to reflect the railway's regional operation. Passenger service from New Jersey to New York was established via ferry transport from Elizabethport. In 1860, the New Jersey legislature permitted the railroad to build a railroad bridge across Newark Bay to Bayonne and to extend railway lines to the Hudson River at Jersey City where the Pennsylvania Railroad operated. This transportation route proved itself both profitable and significant from the movement of soldiers and war materials to the South during the Civil War. The railroad bridge over the Newark Bay and extension from Elizabethport to Communipaw Avenue was also opened for passenger traffic in 1864.

That same year, the CRRNJ constructed its first terminal on the Jersey City waterfront. It also brought thousands of tons of garbage from New York City to fill the mudflats in Jersey City's south cove. The outcome was the construction of a freight yard into the tidewater level of the area, which was some four thousand feet into the Hudson River. It also began a "garbage war" with residents from the odorous fumes that wafted into downtown Jersey City.

By the 1880s, the CRRNJ purchased the Jersey City shore area near the Morris Canal basin, supplanted the canal business, and filled in the canal for construction of a new head terminal. The image of the Statue of Liberty, the nation's symbol of freedom, became part of the logo for the CRRNJ during World War II. The familiar Liberty herald replaced the "ball" logo of the railway in 1944-45.

The new three-story, eclectic Victorian Era-style head terminal opened in 1889. Built by Peabody & Stearns of Boston, the red brick structure has (Henry Hobson) Richardson-style elements. They include a steeply pitched roof with dormers on the third floor, prominent arched windows, a cupola, and a tower with a clock facing the waterfront.

The interior includes a concourse, ticket office, and waiting room of English buff-colored glazed brick walls on the first floor. Iron and wood hydraulic bridges, outside the front doors of the terminal, assisted commuters to board waiting ferries traveling to New York City. The ceiling of the waiting room is supported by red, iron trusses in a starburst design. Red, iron buttresses with a wreath design also appear under the balcony in the waiting room.

The terminal complex was expanded in 1914 with a double-deck ferry shed (subsequently razed). Designed by A. Lincoln Bush, a new Bush-type train shed, the largest ever to be constructed, replaced an earlier structure. The train shed of over 300,000 square feet, west of the head terminal, covers twenty tracks and twelve passenger platforms "through a series of pitched concrete roofs. With spans ranging from 39 feet to 49 feet, the shed measures 390 feet by 815 feet" (Larkens 8). Rows of Ionic columns run the length of the train shed and support the roof. The Black Tom explosion of 1916, nearby south of the terminal, damaged the train shed.

The opening of the new terminal occurred at the time of heaviest immigration to the United States from Europe. From 1890 to 1915, an estimated 9-to-12 million immigrants were processed at Ellis Island and entered the country via the terminal. Into the railway terminal complex also came freight cars with coal. Coal from Pennsylvania was shipped to the terminal piers and taken by barges to New York. Other facilities at the terminal complex were a marine repair yard, steamship piers, freight piers, storage yards, freight yards, and a roundhouse at Communipaw.

According to Robert Larkens, "The terminal was no mere train station. It was a railroad maritime passenger terminal, an inter-modal facility where people change from one mode of transportation to another" (7). Railway trains brought passengers to the terminal. They transferred to ferries to New York City's Liberty Street Ferry Terminal or buses to local New Jersey communities. Over the decades, the CRRNJ added new passenger lines coming into the terminal. In 1902, the "Queen of Valley" express passenger train began its run between Jersey City and Harrisburg, PA. The "Blue Comet" railway train traveled between Jersey City to Atlantic City from 1929 to 1941. Among the amenities, the Blue Comet offered passengers were dining, baggage, and sleeping cars.

The terminal's peak usage reached 21 million passengers in 1929. In 1926 a new drawbridge over Newark Bay was opened for service. Passenger use began to decline with the Depression and World War II. By the end of the war, competition hurt railway services. Urban residents moved to the suburbs, cars and buses became the preference of commuters, Hudson River tunnels and bridges picked up traffic, and trucking and air freight for cargo surpassed railway transport.

The CRRNJ continued to have financial crises and, in 1967, filed for final bankruptcy, closing the terminal in Jersey City on April 30th. The following year, the terminal complex was purchased with state and federal funds. In 1976 the CRRNJ became part of the Consolidated Rail Corporation (Conrail). That same year, residents Morris Pesin and Audrey Zapp convinced the state and federal governments to preserve the terminal with the development of Liberty State Park.

The Lehigh Valley Railroad (LVRR) also operated in the Liberty State Park area along present-day Morris Pesin Drive. Begun in 1855, the LVRR transported anthracite coal from Pennsylvania through New Jersey to the industrial cities of Paterson, Newark, Jersey City, and onto New York. In 1871, the railway line leased property in Jersey City from the CRRNJ and eventually constructed a terminal and freight yard on its own property on the waterfront. To develop its facility, the LVRR filled in the area between Black Tom Island in New York Harbor and the mainland. Like the CRRNJ, the LVRR went into bankruptcy in 1968, and its tracks were made part of Conrail.

During Superstorm Sandy (October 2012), the railway station experienced serious structural damage. It was closed until funding for renovations, eventually costing approximately $20 million, could be secured. In the renovation, the mechanical and electrical equipment systems were elevated as a precautionary measure. After repairs to windows, doors, roofing, and cupola were completed, the iconic building was ceremoniously reopened on June 22, 2016.

The terminal remains the focal point to the historic Jersey City waterfront that it shares with Ellis Island and the Statue of Liberty. It serves as a visitors' center and exhibit hall for social and cultural events. The first-floor "Blue Comet" Auditorium, formerly a ladies' waiting room and part of the ticket office, has been used for interpretive programs.