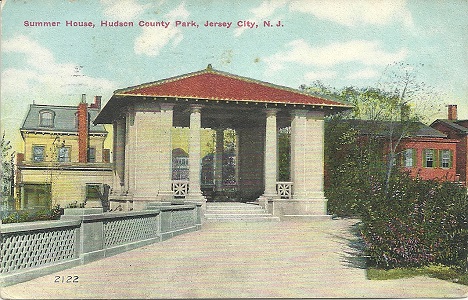 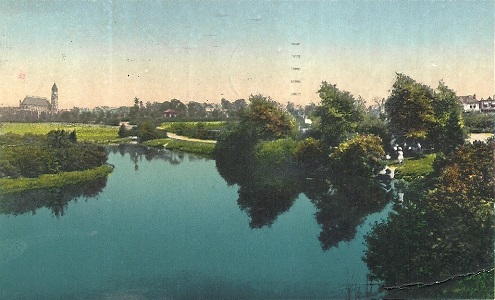 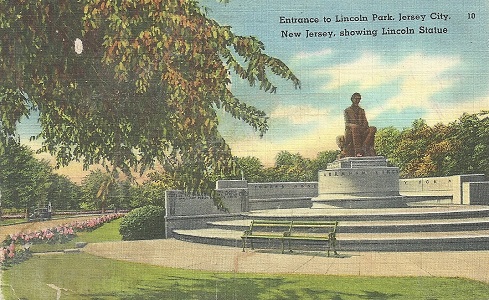 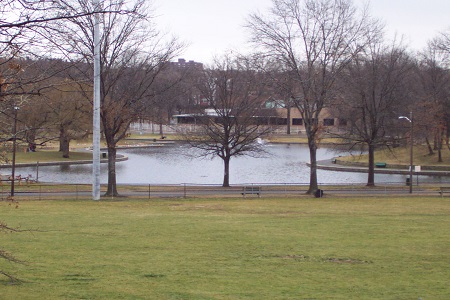 View of the lake at Lincoln Park
Photo: P. Shalhoub, 2001 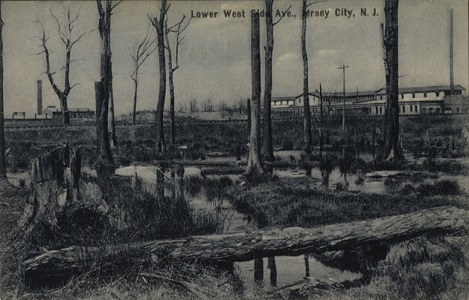 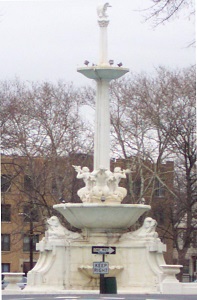 View of the fountain at Lincoln Park
Photo: P. Shalhoub, 2001 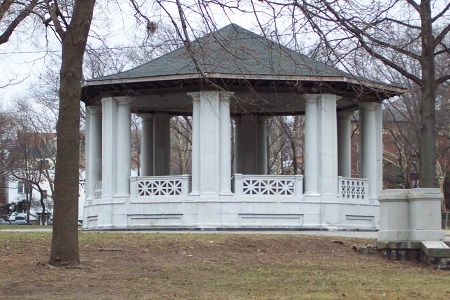 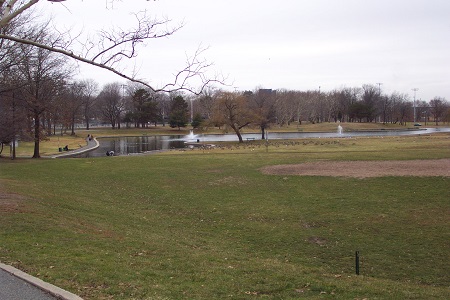 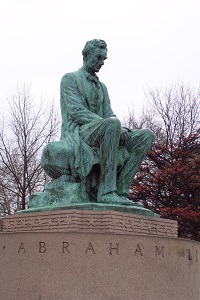 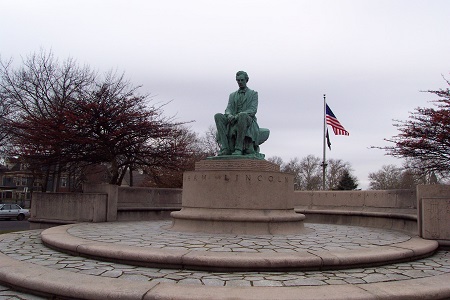 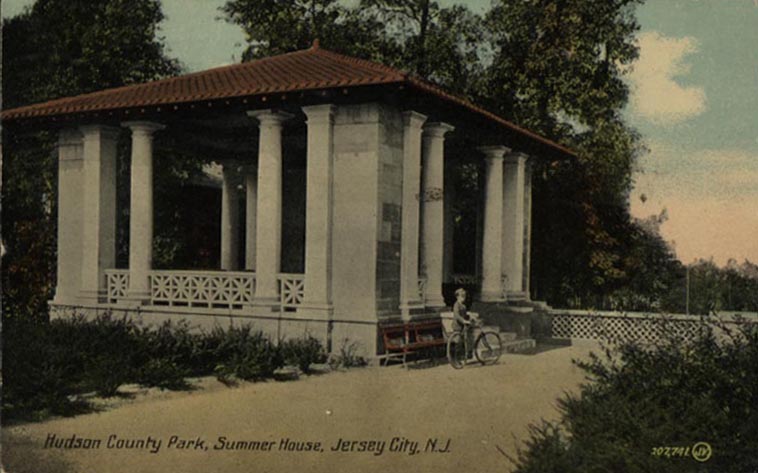 Jersey City's largest and most elaborately designed park is Lincoln Park at Kennedy Boulevard and Belmont Avenue. It was designed by landscape architects Daniel W. Langton and Charles N. Lowrie in 1905. Originally called West Side Park until 1930, the name of the park was changed when the Lincoln Memorial was installed at the main entrance.

The seated Lincoln mounted on a pedestal, known as "Lincoln the Mystic" or "The Statesman," was designed by sculptor James Earle Fraser. It is an example of heroic sculpture of Lincoln that appeared in the 1920s and 1930s. The statue was commissioned by the Jersey City Lincoln Association on the organization's sixty-fifth anniversary in 1930.

The park has approximately 273 acres and is maintained by the Hudson County Parks Commission, was begun in 1903, to establish a system of county parks. A national parks movement at the turn of the twentieth century influenced the initiative. Its purpose was to revitalize industrialized communities and to provide them with public space for recreational activities. The architects Langton and Lowrie were active in the "City Beautiful" movement of architecture in the United States and founding members of the American Society of Landscape Architects. Lowrie succeeded Langton as Landscape Architect for the Hudson County Park Commission for thirty years and designed several parks including the Stephen R. Gregg Hudson County Park in Bayonne.

Most of the Lincoln Park's acreage consisted of the marshy and undeveloped woodlands called Glendale Woods; it was along the city's western edge on the shore of the Hackensack River. Additionally some existing houses and properties had to be purchased by the Commission. Jersey City resident Florence Pond Graham, author of Jersey City: As I Remember It, recalls preparations for the construction of the park. She remembers that homes on lower Belmont Avenue were demolished or removed, "but some four story flats were bought and the new owner had them moved to the northeast corner of the Boulevard and Communipaw Avenue" (Graham 19). The apartments were later razed. According to Graham, the city's first baseball club was located at Belmont and West Side Avenue, and the baseball diamond was at the location of the park's ornamental fountain (16).

Designed by the sculptor Pierre J. Cheron, the fountain is 53 feet high and 108 feet in diameter. Completed in August 1911 and costing $6,500, it is decorated with water-spouting frogs and allegorical figures and is surrounded by planters. The local landmark was restored and rededicated on July 10, 1990. It again underwent renovation culminating in a rededication ceremony on June 16, 2016. The restoration, under the Hudson County Parks System, cost $7.2 million. It includes new mechanical and electrical systems as well as a new plumbing system for improved circulation and filtration in the reinforced fountain basin.

A path on either side of the fountain takes one around the interior of the park's perimeter. Within the park's eastern section are areas for passive and active recreation. There are walking paths and picnic areas as well as athletic facilities for tennis, basketball, soccer and running. The tennis courts at the southwest end of the park date back to approximately 1909.

In 1928, the Hudson County Park Tennis Association announced plans for a clubhouse, called The Lincoln Lodge, overlooking the lake. Due to its distance from the tennis courts, the American Arts & Crafts-style clubhouse declined to be used as intended and was briefly used as the Summer Museum of the Jersey City Free Public Library. In1950, the facility was leased to Ray Dillman who readapted the property into the popular Casino-in-the-Park as a restaurant and catering hall. After 80 years in operation, the Casino was closed in 2017. The Hudson County Improvement Authority and Landmark Hospitality have announced they will partner to reconstruct and design a new building for dining and events; it will be owned by the County of Hudson.

Lincoln Park West runs along Truck Route 1&9 and adjoins the old Plank Road and the former swampland back to the Hackensack River. It lies between Communipaw Avenue/Truck Routes 1-9 and Duncan Avenue. This section of the park includes Saint Peter's University athletic field, a baseball complex, commercial driving range, batting cages, a tidal pond and wetlands.