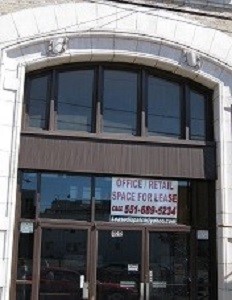 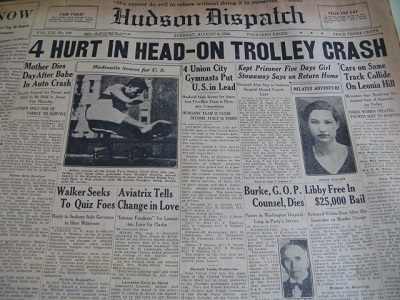 The Hudson Dispatch was the once significant newspaper for news events in Jersey City and northern Hudson County. The local independent newspaper began as the Harrison Dispatch, circa 1874, in Harrison, NJ, and was said to have started in East Newark by publisher Trelease, Simonds & Company.

In 1877, the newspaper was sold to a printer who convinced the political leader and Hudson County Sheriff Robert "Bob" Davis to invest in the Dispatch. It moved to Jersey City in 1887, relocated to Union Hill (now Union City) in 1890, and finally took residence in the Dispatch Building at 400 Thirty-eight Street in Union City. Under its new name, the newspaper was noted for its investigative reporting of Hudson County politics and primarily served the communities of Union City, Weehawken, West New York, and North Bergen.

Sold to Media News Group of Houston in 1986, the Dispatch was taken over by its competitor, the Jersey Journal, in 1991. By that time, the newspaper had a run for approximately 117 years, but its circulation slipped to 30,000 and suffered from a loss of revenue and advertising. Mindful of the Dispatch's journalistic tradition in the county, the Jersey Journal printed the Hudson Dispatch logo for a time with its name on its masthead.