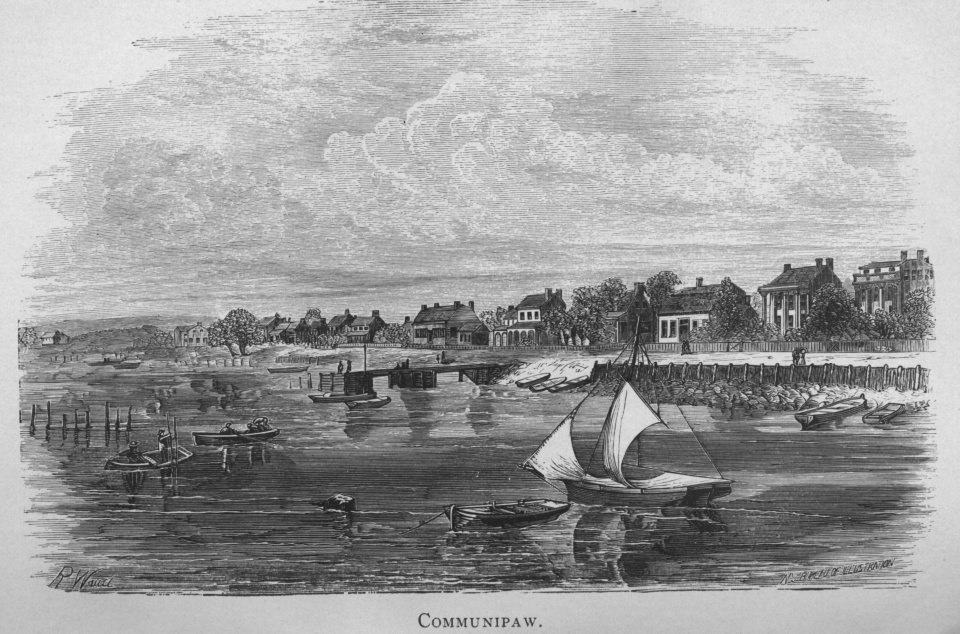 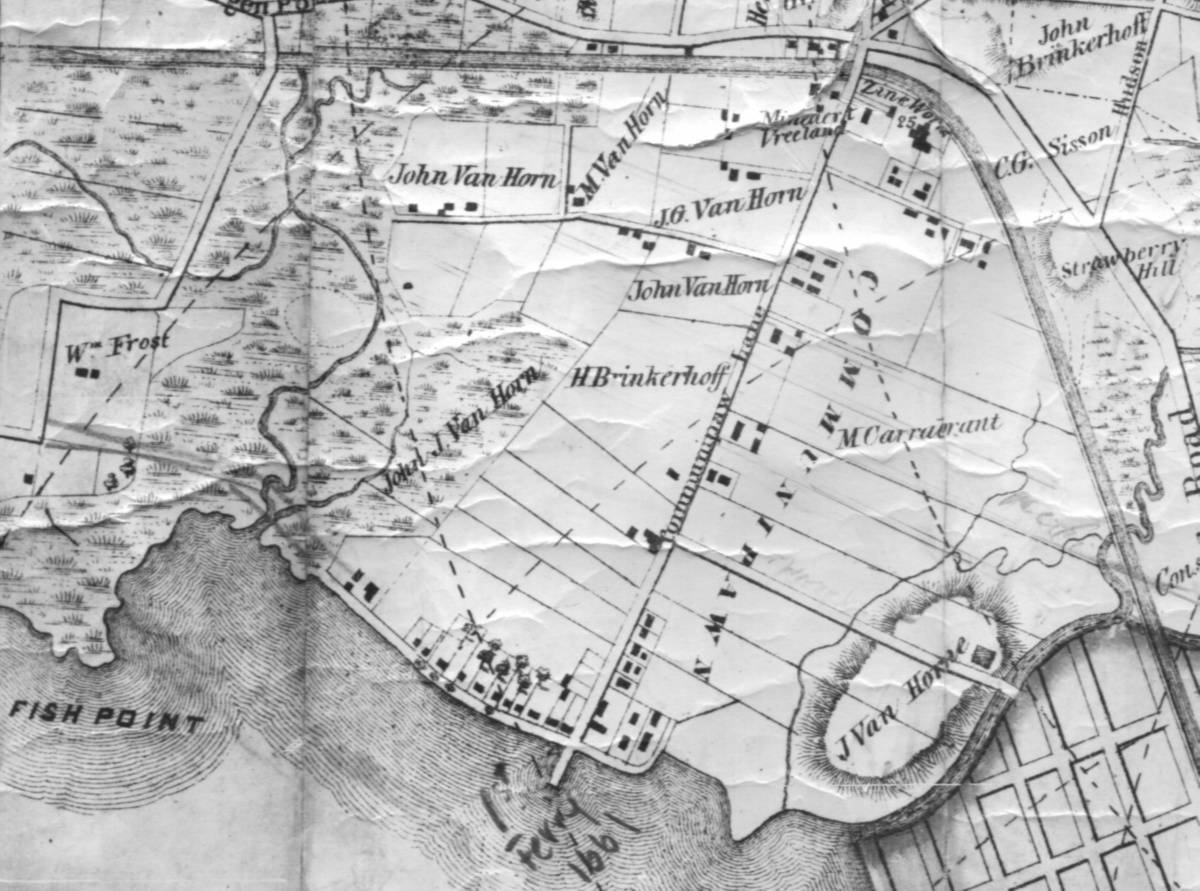 Detail of the 1855 Woods Map of Jersey City, Bergen, and Hoboken showing the location of the Communipaw village along waterfront near Phillip Street and Communipaw Avenue.
Courtesy, Jersey City Free Public Library

The settlement of New Netherland by the Dutch West India Company (1621-1664), on the western side of the Hudson River, contributed familiar locations and place names for present-day Jersey City--Pavonia, Communipaw, Harsimus, Paulus Hook and Bergen.

Communipaw was a peninsula of alluvial soil between Newark and New York Bays that extended into the Hudson River. It dates back to the time of occupation by the Hackensack Native Americans, who encamped there for the summer as the Village of Gemonepan/Gemoenepaen. After the exploration of Henry Hudson (1609) and Dutch settlement, circa 1612 or 1613, an Indian trail, between present-day Communipaw and Summit avenues, extended from Communipaw to the "heights" or Bergen and near Paulus Hook in today's lower Jersey. City.

The Dutch built a house at Communipaw in 1633, one of the first two in the vast area under the control of the Dutch West India Company. Jan Evertse Bout, also known as Jan de Lacher, occupied the house. He gave the area the name of "Jan de Lacher's Hoeck" at Communipaw Bay in 1634. This became South Cove, in the present-day Lafayette section at Phillips Street.

Bout was the second of three superintendents that Patroon Michael Pauw appointed to oversee his extensive land claim from the Dutch. Dutch settlement grew with houses built on what was the shoreline along present-day Phillips Street. A ferry service facilitated trade between Communipaw and New Amsterdam.

In the 1660s, Communipaw became a fortified village with homes surrounded by a wooden palisade, similar to that of Bergen Square (Lovero 13). Located on New York Bay, it was also a harbor facility used by the nearby settlers of Bergen Township on the heights. Dutch families, such as the Van Hornes, Garrabrants, and Brinkerhoffs settled at Communipaw. They built homes and farmed the land and sold their goods in New York City, across the harbor, into the nineteenth century.

During the nineteenth century, the earlier shoreline of Communipaw was extended a mile into New York Bay with a landfill. The New York Bay inlet known as Communipaw Bay or South Cove was later filled in by the Central Railroad of New Jersey.