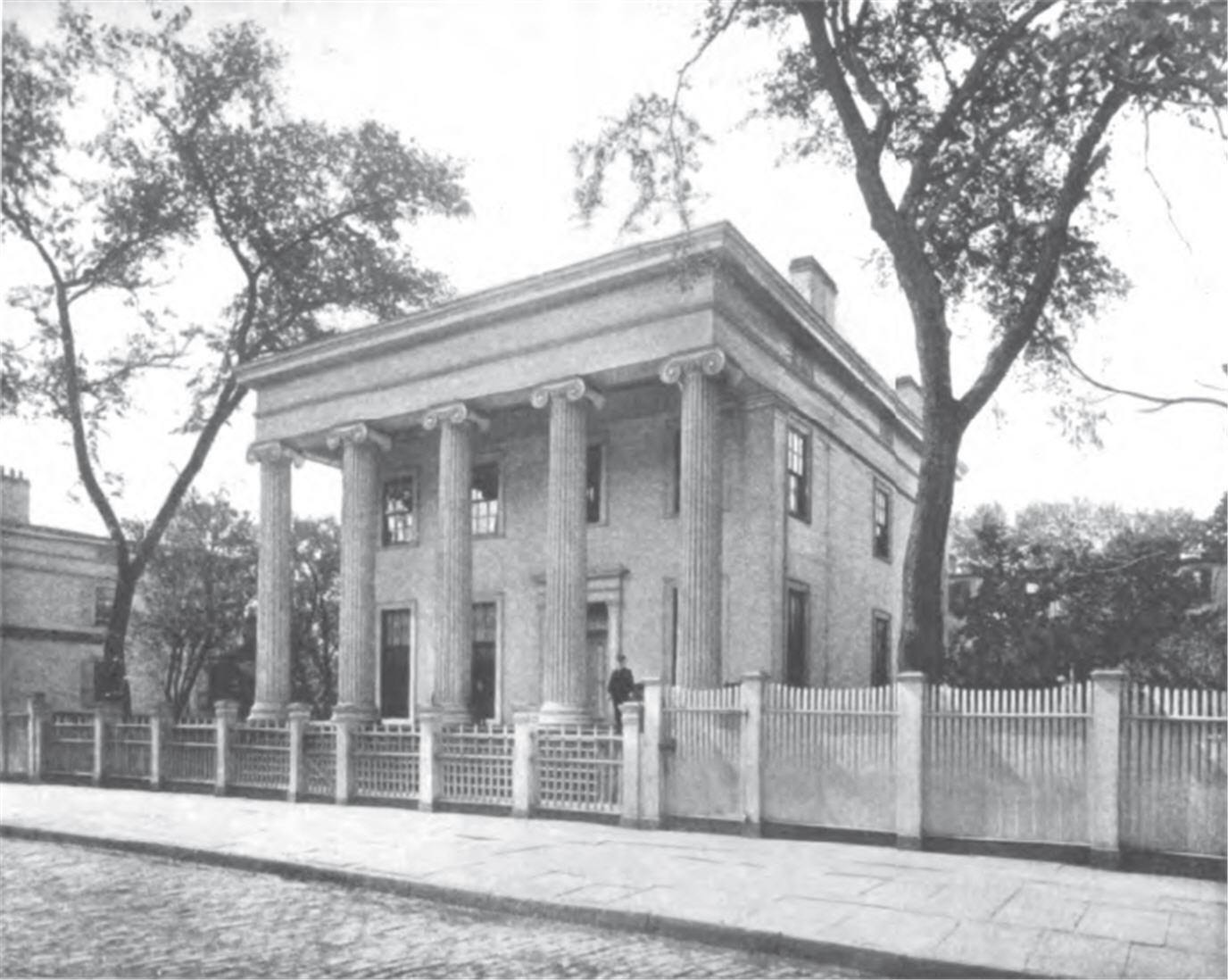 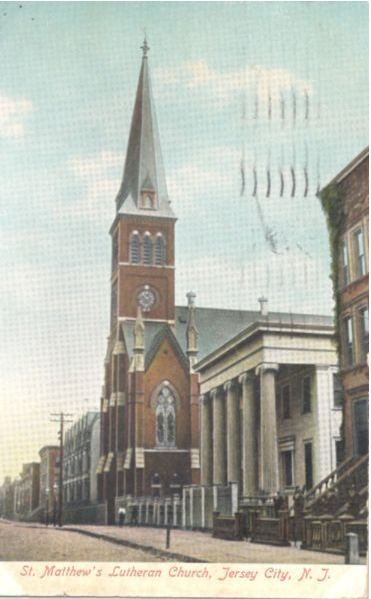 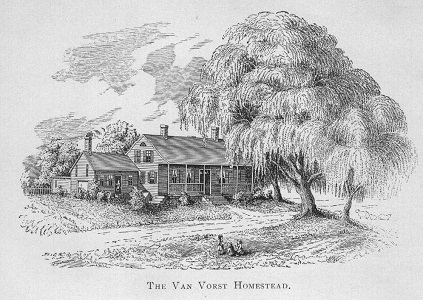 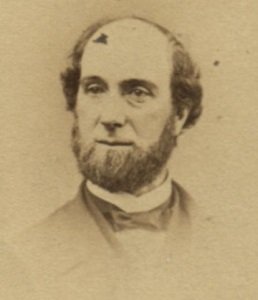 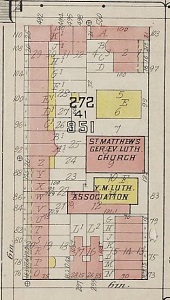 Detail from the 1919 Plat Book of Jersey City showing the buildings then in existence on the south side of Wayne Street between Jersey Avenue and Barrow Street. Credits: New York Society of Model Engineer's Library, Rich Taylor Collection and Historical Maps of New Jersey site of Rutgers University 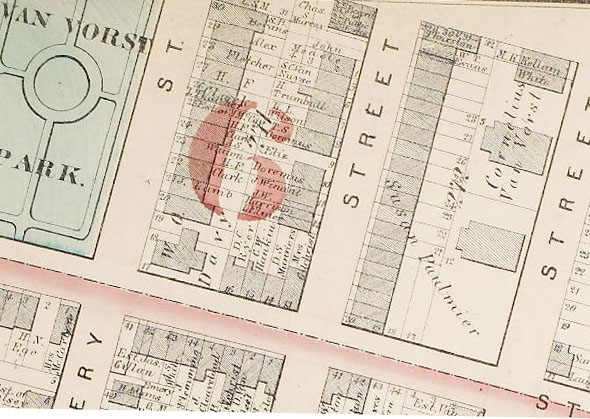 Above: Detail from Hudson County Atlas 1873
showing the outline of the Van Vorst and Barrow Mansions on the south side of Wayne Street. Van Vorst Park can be seen on the left. According to the map, in 1873 the Barrow Mansion property was owned by Susan Paulmier. Credits: New York Society of Model Engineer's Library, Ralph Sutton Collection and Historical Maps of New Jersey site of Rutgers University

This Cornelius Van Vorst also inherited his grandfather's enterprising spirit. He promoted the development of the farmlands. In 1841, he helped to establish a new and independent municipality called Van Vorst Township. He mapped out a new grid plan for the area and donated land for a public park known as Van Vorst Square.

Van Vorst's land holdings included property at the present south side of Wayne Street where two stately Greek Revival-style mansions were built in the 1830s. Dr. William Barrow of New York City became the owner of the mansion at No. 83 Wayne Street (see Barrow Mansion). Cornelius Van Vorst lived next door at No. 89. Barrow and Van Vorst were related by marriage. Van Vorst's first wife, Sarah Brower, was the younger sister of Dr. Barrow's wife, Eliza.

In the interest of progress, Van Vorst had the old farmhouse taken down around 1835. The date of the original construction remains unknown. The lithograph reproduced here depicts the old Van Vorst farmhouse as a traditional Dutch colonial-style dwelling, common throughout the region.

Cornelius Van Vorst was widowed a second time in 1849. He had eight children. After he died in 1852, his second child, also named Cornelius (born March 7, 1822), briefly followed his father's path as a public servant and was mayor of Jersey City during the early years of the Civil War (1860-1862). He later moved to Delaware where he resided until he died in 1909.

The Van Vorst house at 89 Wayne Street was sold in 1874 to Dr. Benjamin Edge whose family occupied it for many years. It was sold at auction by Nelson J.H. Edge in 1925, and replaced by the Wayne Court Apartments, built ca.1927, on the site.