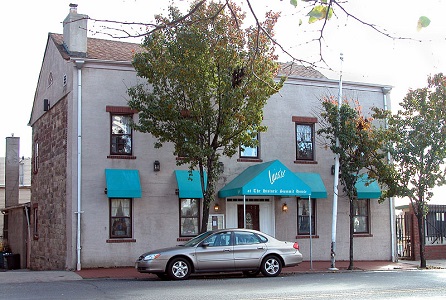 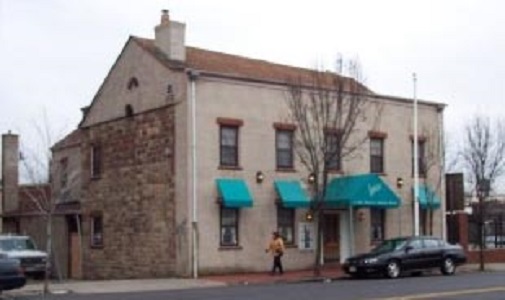 With a high-top view of the Hudson and Hackensack Rivers, the Summit House built by the Newkirk family is considered one of Jersey City's oldest buildings. It stands on the east side of Summit Avenue north of Sip Avenue and beyond the historic Dutch village of Bergen. The present-day two-story building, composed of sandstone, brick, and clapboard with a gable roof, is representative of seventeenth-century Dutch Colonial-style architecture.

New Jersey's English governor Philip Carteret granted the land tract to John Berry, an Englishman from Barbados, in 1669. The following year, Berry sold the site to Samuel Edsall, a "beaver maker" from Bergen. Mattheus Newkirk from Holland bought the property some time afterward. The date of purchase is not known, but the building construction was about 1690. Newkirk died in 1705. His second wife Catrina Poulus Newkirk left the property of two acres to her son Poulus in her 1731 will.

The property remained in the Newkirk family for about 200 years. Active in local politics, John Newkirk and his son Jacob were both Hudson County freeholders. Jacob Newkirk also served as a Jersey City alderman in the mid-nineteenth century.

The Newkirk family sold the Dutch colonial building in 1889. Ten years later, the previously intact property began to experience changes. It was deeded to the Queen's Daughters of Jersey City for an orphanage and later for a succession of retail businesses. In 1928, the property line and building were modified for the rerouting of present-day Summit Avenue. The building's facade was altered for the new street design and additional windows were added to the side of the building.

In 1979, the building was purchased and readapted by Coneco, Inc. to become the Summit House Restaurant. During the renovation, it was found that the structure was originally a one-story building. The outer walls are of two feet of stone fitted in lime and mortar. Beams of timber in the basement are six-by-twelve inches; those on the second floor are four-by-six inches and spaced four feet apart. Eight-inch wood pegs, rather than nails, were employed during the time of construction. The restaurant's interior featured original architectural features of the historic property.

After 2010, the restaurant had a new owner and was renamed Sanai's Restaurant. It is currently closed.