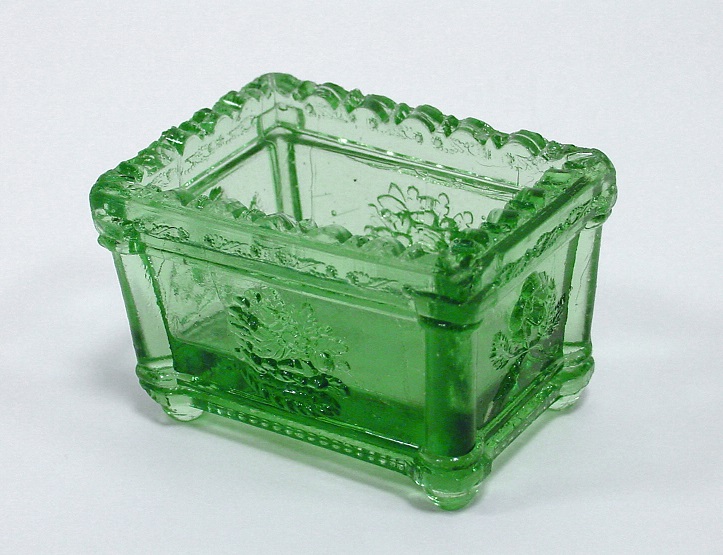 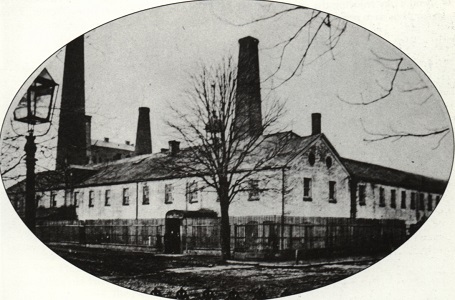 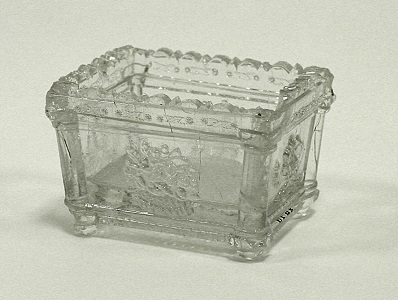 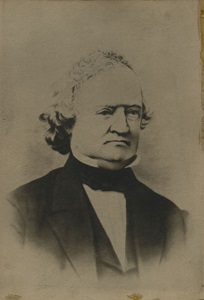 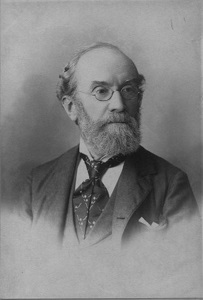 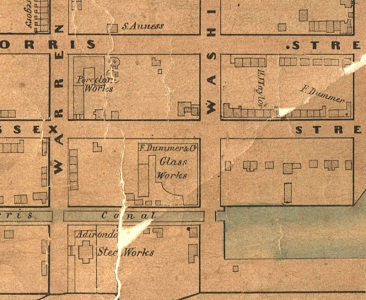 Detail of the 1850 Dripps Map of Jersey City showing the location of the Dummer & Co. Glass Works on the west side of Washington Street between Essex Street and the Morris Canal (Dudley Street).
Courtesy, Jersey City Free Public Library

The P.C. Dummer Glass Company was one of the earliest manufacturers of pressed glass in the United States. George Dummer founded the award-winning cut and molded glass business that began as the Jersey Glass Company at Paulus Hook in 1824.

Dummer was born in New Haven, CT, in 1782. He gained experience in the glass industry as a glass cutter in Albany, NY, and a glass broker and importer at 110 Broadway in New York City. When Dummer moved to Jersey City in 1824, he added a glass-cutting department to his firm, indicating an interest in the process of making as well as selling glass products. He increased to forty-four the number of steam-driven cutting wheels and experimented with materials to produce engraved and gilded glass. In time the company specialized in hand-blown, blown-molded, pressed, and cut glass, described in his obituary as "the largest and finest specimens of ware" (New York Times ​​24 February 1853).

Dummer's brother Phineas C. came into the business and obtained a patent for the manufacture of pressed glass by a process called "Dummer's scallop or coverplate." In 1827, the Dummer brothers and James Maxwell obtained a patent "On forming glass by the combination of moulds with mechanical powers" (qtd. in White 25). According to Margaret E. White in The Decorative Arts of Early New Jersey, "The introduction of this machine resulted in mass production, a new development in the history of American glass, and with the advent of pressed glass, emphasis shifted from the skill of the individual glass blower to that of the chemist, the designer, and the mold-maker" (25).

These innovations and techniques raised the standard and quality of glass products made in the United States. Dummer glassware received numerous competitive awards and honorary recognition for a variety of aspects of glass design and production: from the Franklin Institute in Philadelphia in 1826, 1831, 1835, 1838, and 1843, and the American Institute of the City of New York at its annual fairs in 1837, 1838, and 1848. The American Institute also awarded the company a gold medal at its international exposition held at the Crystal Palace in Manhattan in 1853 for "the best cut plain and colored glass" (Pepper 142).

By the 1840s, the glass company was known as P.C. Dummer & Company and was selling glassware for home, decorative and commercial use such as flint and green-glass pharmacy vials. The company underwent several name changes before being purchased by Reed and Moulds in 1862. During the Civil War, the downturn of the economy and the decline in demand for luxury items like cut glass caused the closure of the company after the war.

While George and Phineas Dummer were involved with the glass company, they founded the Jersey Porcelain & Earthenware Company, which later became the American Pottery Manufacturing Company of David Henderson. Also, with a sense of public service, the Dummer brothers became active in the governance of their adopted community. George Dummer served as chairman of the board of trustees of Paulus Hook and then as the president of the board of selectmen (1826-1831), before the incorporation of Jersey City in 1838. Phineas C. Dummer was mayor of Jersey City from 1844 to 1848.

There were two other notable glassworks in Jersey City. H. O'Neill opened the Jersey City Flint Glass Works at the corner of Fairmount and Cornelison avenues in 1861. He specialized in blown flint glass and advertised the "Manufacturing of Head Lights, Railroad Chimneys, Chimneys & Glassware of all Kinds" in The Crockery and Glass Journal of July 8, 1875 (Pepper 147). The Tiffany Glass and Decorating Company of New York had a glass workshop in Jersey City as well as Hoboken in the 1890s.