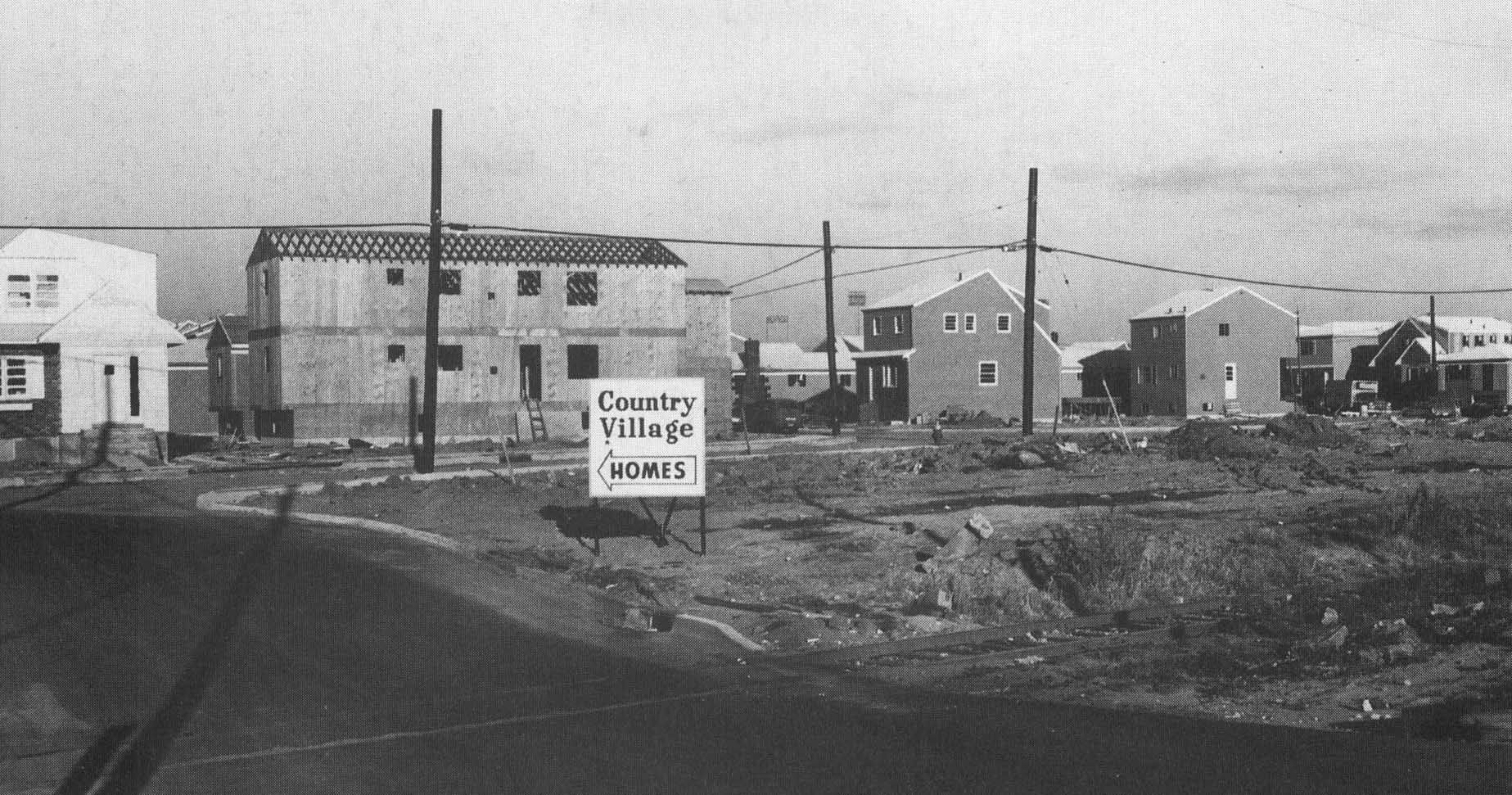 The second phase of the Country Village development under construction in the early 1960's.
View looking west from the intersection of Bartholdi Avenue and Sullivan Drive.
Courtesy: Jersey City Free Public Library 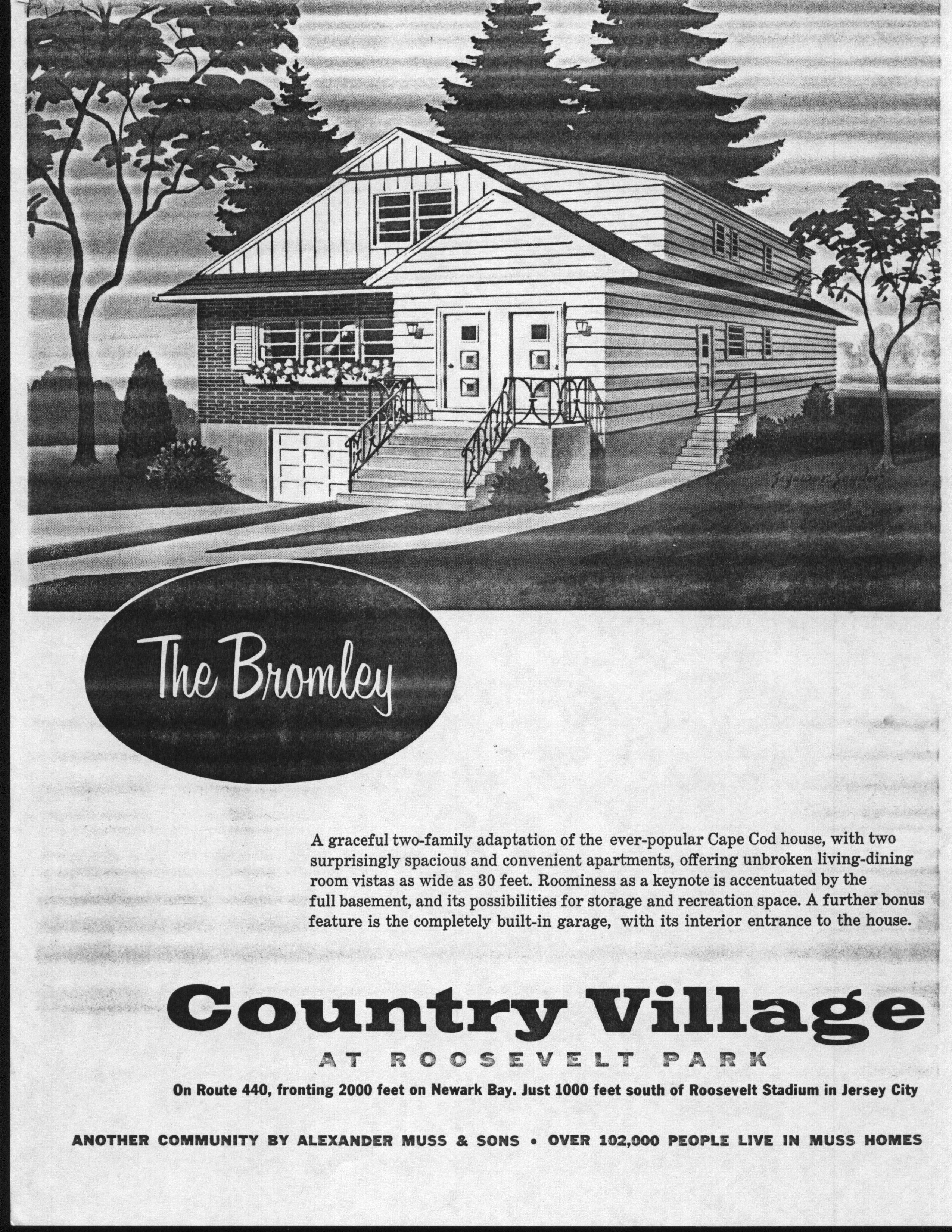 Original advertisements and architectural renderings of some of the homes planned for Country Village at Roosevelt Park development. 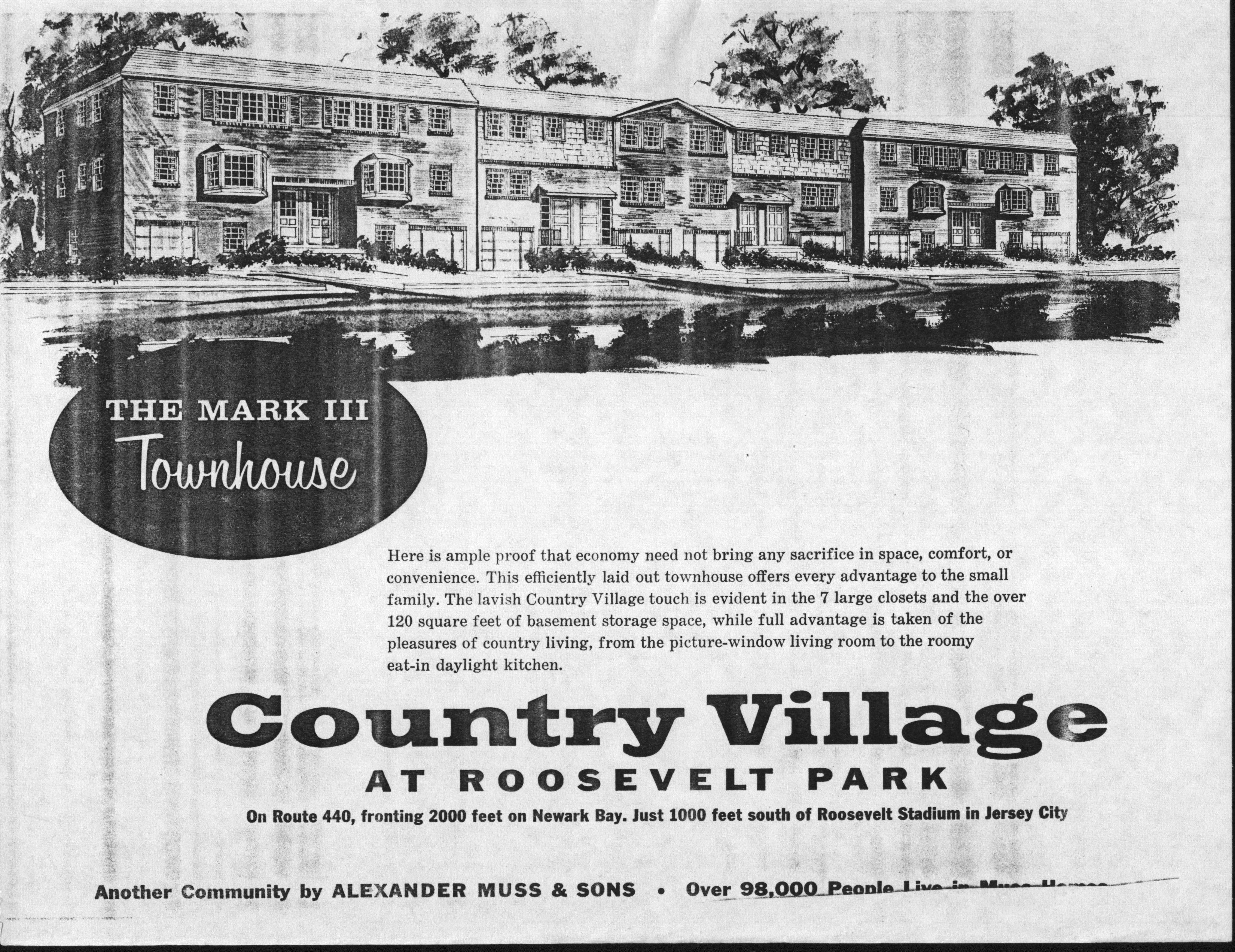 Original advertisements and architectural renderings of some of the homes planned for Country Village at Roosevelt Park development.

Country Village is a residential complex of mixed housing in Greenville that was developed in the 1960s. The construction of the one-family Colonial style homes, two-family Cape Cod-style homes, and one-family ranch-style homes on tree-lined streets began in 1960 by builder Alexander Muss & Sons, Inc.

The purpose of the new housing was to offer middle-income buyers an opportunity to live in a "suburbia-in-the-city" or to offer urban dwellers the experience of living "out of town" without commuting. The streets were appropriately named Sycamore Road, Suburbia Court, Northcroft Road, Suburbia Drive, Oakdale Road, Suburbia Terrace, and Glenn Lane.

Another impetus for Country Village came from the goal of the Jersey City Planning Commission in 1959 to rezone the 42-acre industrial wasteland for residential use. The census figures for the city were revealing a steady decline in the population over several decades. The population in Jersey City had begun to decline after reaching a height of 316,715 in 1930 and by 1960 the downward trend had reached 276,101. It was hoped that the creation of new residential districts would increase the population of the city once again.

The Country Village section of Jersey City offered a large tract of undeveloped property ripe for real estate development to attract new home buyers. The unkempt area, long the source of complaints to the city authorities, had never been developed as intended with the surrounding industrial area because of drainage and sewerage problems. Interested parties in the site were discouraged by the land reclamation requirements for factories to be constructed there. In 1960, however, the builder Alexander Muss took on the task of filling in the lowland area with 400,000 square yards of landfill costing over $500,000.