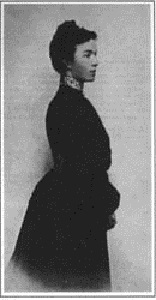 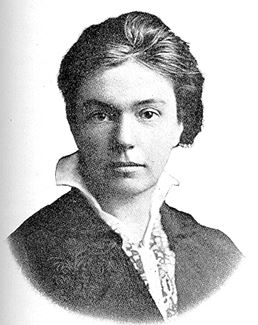 One of New Jersey's most prominent women for equal rights was Mary Philbrook from Jersey City. She was the first woman attorney in New Jersey. She used her legal training for the advancement of women's rights, the social settlement movement in Jersey City, and gender-free writing of the New Jersey Constitution of 1947.

Mary Philbrook was born in Washington, D. C. in 1872. Her family moved to Jersey City by the time she was six. She attended Public School #11 (now Martin Luther King, Jr. School) and Jersey City High School (now Dickinson High School). Philbrook left high school before graduating to become a stenographer in a law office and applied to be admitted to the New Jersey Bar in February 1894.

The fact that Mary had not attended college, law school, or even finished high school was no barrier to her admission as a lawyer. At the time, candidates could simply apply to take the bar exam. Some three hundred female lawyers were practicing in thirty other states, but the New Jersey Court decided that "A woman is not, by virtue of her citizenship, vested by the Constitution . . . with any absolute right. . . to practice as an attorney." New Jersey suffragists, including Cecilia Gaines, President of the Jersey City Woman's Club, lobbied the legislature to pass a law in 1895 allowing women to become lawyers in New Jersey. Mary Philbrook was the first to be admitted. She worked for the law firm of Bacot and Record in Jersey City before starting her own practice. In 1906 she was admitted to practice before the United States Supreme Court, the first woman from New Jersey so appointed.

Philbrook volunteered as counsel for the Legal Aid Society, located at Cornelia Bradford's Whittier House in lower Jersey City. She also helped Mabel Douglass and the College Club of Jersey City to found the New Jersey College for Women (now Douglass College). During the suffrage campaign, Philbrook supported the militant activism of Alice Paul and her National Woman's Party in Washington, DC. After the passage of the 19th Amendment, Philbrook worked with Alice Paul for the passage of an equal rights amendment.

In 1947, she led a successful effort to change the wording of the New Jersey Constitution to ensure equal rights for women. As a result, the word "persons" is used in state legislation to include both sexes and makes sexual discrimination unconstitutional.