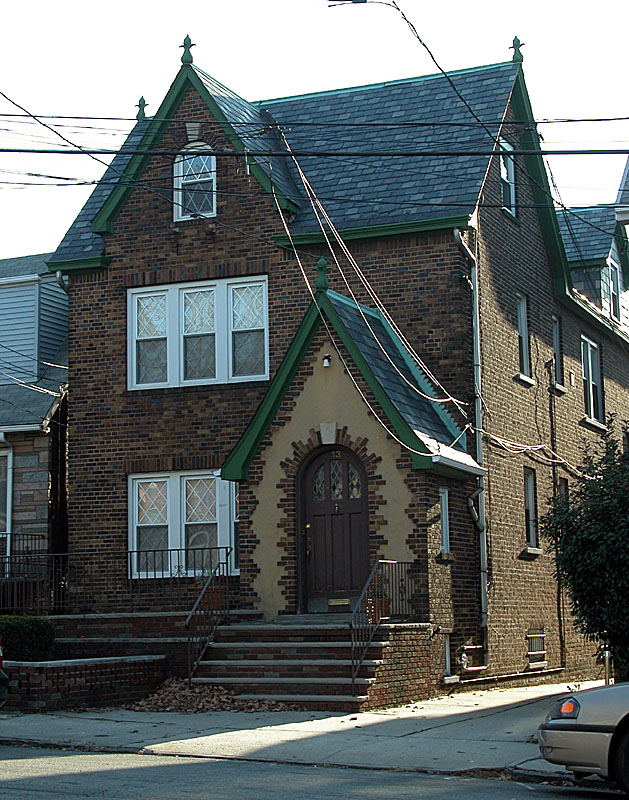 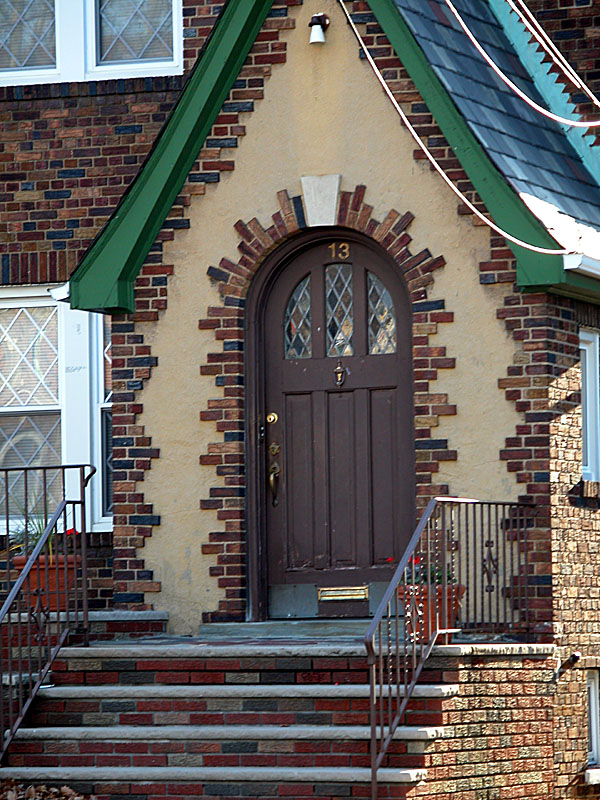 Broadman Parkway is nestled off the west side of Kennedy Boulevard between Grant and Culver Avenues. The quiet, tree-lined street slopes gently downhill and are lined with comfortable one and two-family homes. Most of the houses were constructed during the late 1920s and are similar in style and scale providing the block with a harmonious and aesthetically pleasing appearance. Some of the most notable structures are built of brick and feature distinctive architectural details, such as slate roofs, copper eaves, and stained glass windows. The homes, set back a uniform distance from the street, allow for the front gardens and trees that enhance the overall attractiveness of the neighborhood. Many of the properties were designed to accommodate automobiles, with side driveways and garages in the back.

Only one block long and slightly off the beaten track, Broadman Parkway does not connect directly with nearby West Side Avenue but instead ends at West View Court. With close ties to both the Greenville and West Side neighborhoods, Broadman Parkway is located within the current boundaries of Ward B (West Side). However, the land was once historically part of the Greenville section. In fact, the backyard property lines of the homes on the even side of the street correspond to the former northern borderline of the Township of Greenville during its brief independence from Bergen and Jersey City (1863-1873). Broadman Parkway is also one of the streets included in the newly-formed Redstone Townhome Neighborhood Association.

Before its development as a residential thoroughfare, the land now occupied by Broadman Parkway was part of a large farm owned by John Romain(e), a descendent of one of the many long-established Dutch families of the area. Just to the south of the Romain(e) property were other large properties including the substantial market gardening operations of James and Peter Henderson where the main campus of New Jersey City University stands today.

A prominent Jersey City real estate investor named George F. Gantz acquired several large tracts of land in northwest Greenville in the 1890s, including the Romain(e) farm. Although he began his career as a chemical manufacturer and importer, Gantz found investing in Jersey City real estate to be more profitable. In 1896, Gantz tried unsuccessfully to persuade Jersey City authorities to open up a new street on the old Romain(e) property, which would then allow him to begin to subdivide the property and sell off individual building lots. The proposed street, which he wanted to call Welcome Avenue, appears on various early twentieth-century fire insurance and plat maps. However, Gantz's plans for the city to open the street had to wait for another twenty-five years.

George F. Gantz died in New York City on December 28, 1920, at the age of eighty-seven. He had made a fortune buying and selling real estate throughout Jersey City as well as in New York and Brooklyn. A little over a year after his death, in March 1922, Robert Broadman, a successful Jersey City building contractor, acquired the fourteen-acre Welcome Avenue parcel from the Gantz estate. By the end of that same year, the street was opened for development and was renamed Broadman Parkway.

According to an article published in the Jersey Journal on March 22, 1922, Broadman wanted to “erect one and two-family houses of a very distinctive modern type and architecture similar to homes now being constructed in Montclair and the Oranges,” which very aptly describes the homes that were eventually constructed on the block. One aspect of Broadman’s stated intentions for the property never came to fruition. Apparently, he also wanted to construct several five-story brick apartment buildings along the western side of Hudson (now Kennedy) Boulevard, each with a 75 foot deep, park-like entranceway in the front.

Robert Broadman was born in Russia on December 20, 1883. He arrived in the United States in 1905 and established a successful building and real estate business in Jersey City before World War I. He married Anna Greenstone (1897-1985). They had two children, Howard M. (1920-1944) and Phyllis (Mrs. H. Shuger – 1922-1986). According to U.S. Decennial Census schedules, the family lived on Harrison Avenue and Jewett Avenue in Jersey City, and, by 1940, they were living in Weehawken, NJ. There is no record that they ever resided on Broadman Parkway itself. Robert Broadman died on October 9, 1969, in Guttenberg, NJ, near his home in North Bergen, and he is buried in Baron Hirsch Cemetery on Staten Island.