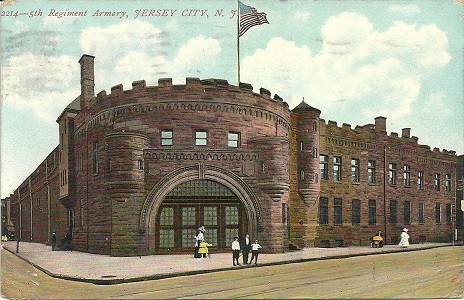 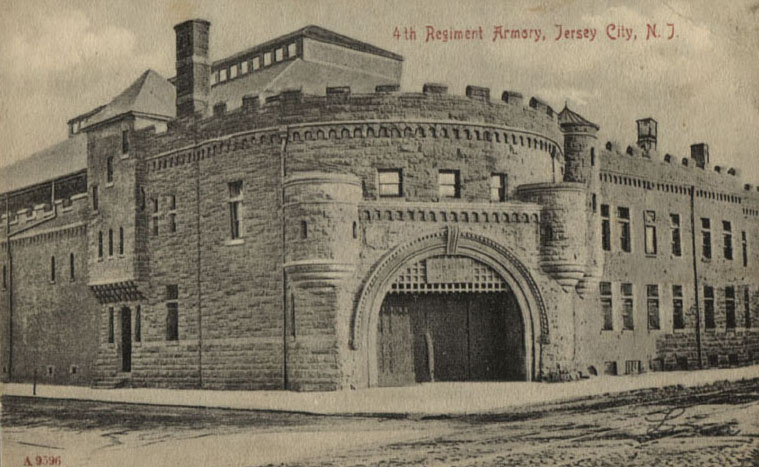 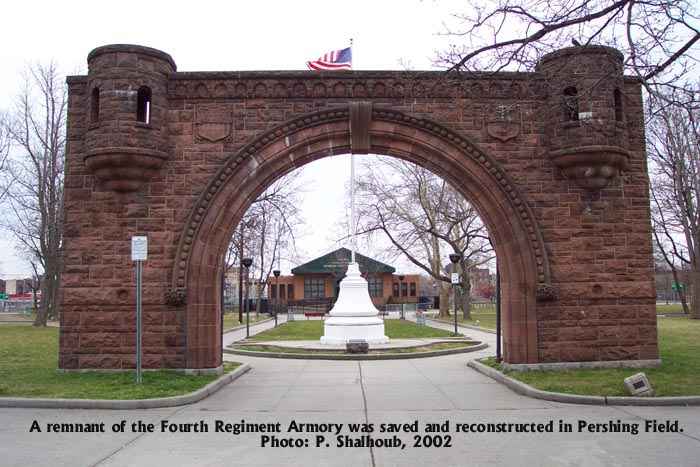 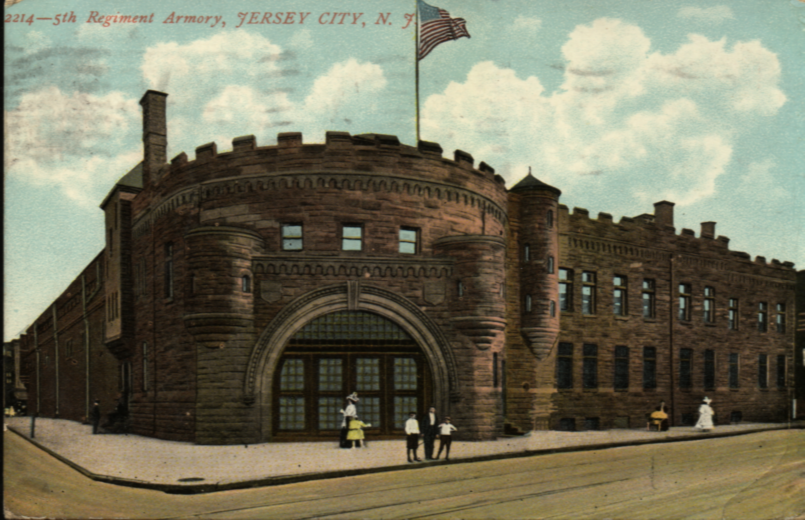 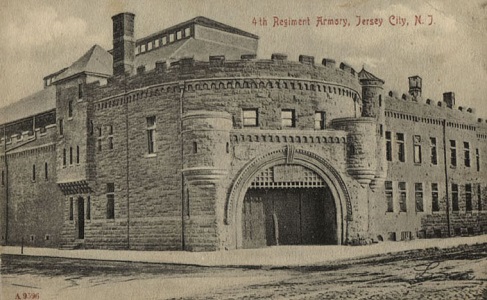 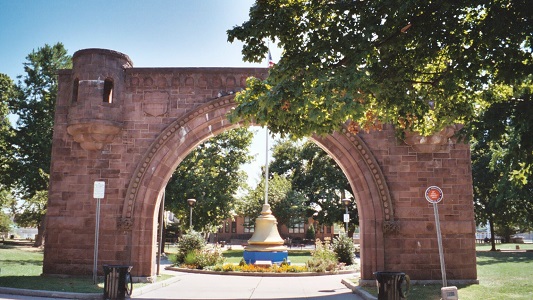 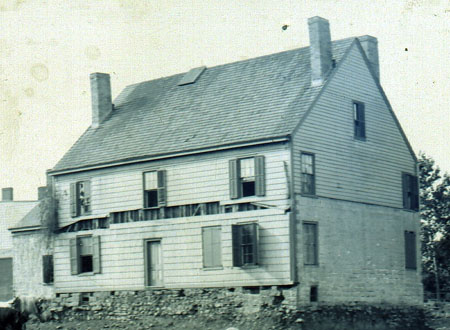 Late nineteenth century photograph of the Tuers Homestead which once stood near Bergen Avenue and Montgomery Street. The photograph was labeled "Wheelihan House on the Armory Site: August 1893.
Courtesy: Jennifer Wiggins 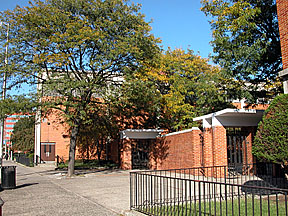 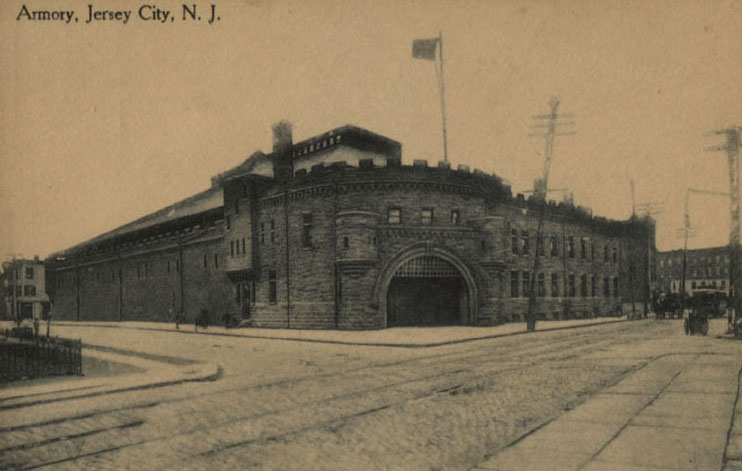 The massive structure of the Fourth Regiment Armory once commanded the corner at Bergen Avenue, Mercer Street and Tuers Avenue, south of Journal Square. Located at the former Tuers farm property, the armory, whose cornerstone was laid on December 20, 1893, was completed in 1895.

The armory was built for a facility to house the newly established Fourth Regiment of the New Jersey National Guard. The medieval-style Romanesque revival structure features traditional arch rusticated masonry and lookout towers. They reflect the then-popular Richardson Romanesque architecture, named for the architect-engineer Henry Hobson Richardson (1832-1886). The design combined the aesthetics and technology of the time and was selected for commercial, industrial, and educational institutions.

In 1927, a three-alarm fire destroyed the armory. The New York Times describes the fire as a challenge for the fire department: "The entire interior was nearly a solid mass of flames, the flooring, balconies and wooden girders burning like tinder. The construction of the building made it almost impossible for firemen to get at the flames as the few windows in the stone building are barred by stout iron grill work and the three doors leading into the armory were belching flame." The fire seemed to have started in the basement and ignited the wood paneling causing the building's destruction.

Hudson Catholic High has occupied the location since 1965.