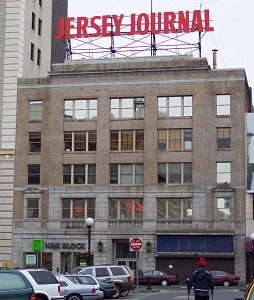 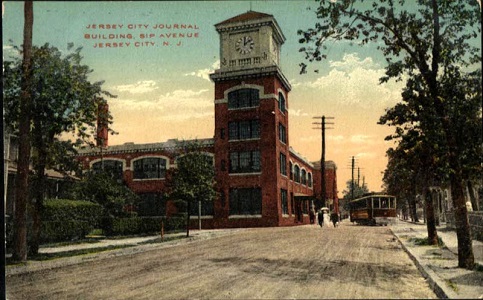 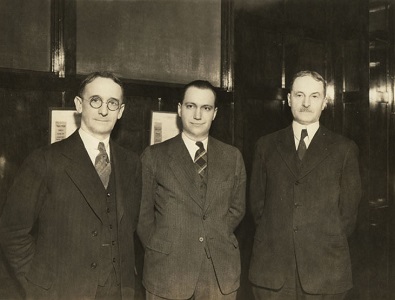 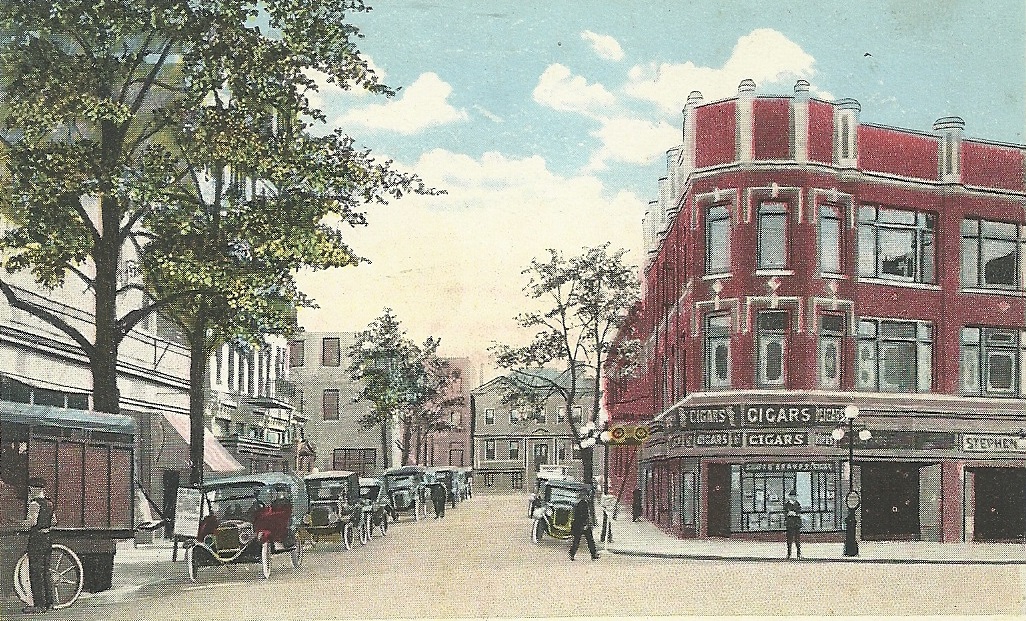 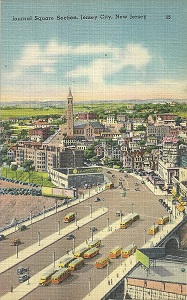 Like Times Square in New York City for the New York Times,  Journal Square takes its name from the Jersey Journal, Jersey City's longtime daily newspaper. The bright red signage atop the five-story building at 30 "Journal" Square identifies its earlier headquarters, a mainstay of Jersey City's political and cultural life. Facing north across the open plaza of Journal Square, the building enjoys a prominent location in the commercial hub.

In 2014, the newspaper moved out of the city to One Harmon Plaza in Secaucus, its fifth location. The historic Jersey City building will be preserved and renovated for commercial and retail space, and the iconic sign will remain as a reminder of both the publication and the city's business hub. The property was purchased by Kushner Companies and KABR Group in 2012 as part of the revitalization of Journal Square.

John T. Rowland, Jr., a native of Jersey City and prolific architect, designed the building in 1921 during the renovation of the area for new bridges over the Pennsylvania Railroad cut and the Hudson and Manhattan Railroad (now PATH) station at Summit Avenue.

Robert Larkins, an editorial page editor, once called the Jersey Journal, "a paper with an independent political outlook with Democratic leaning." However, when the paper started as the Evening Journal, he describes the paper as "the pronounced and vigorous advocate of Republican principles and general policy of the Republican Party. It has supported and advocated the election of the national and state candidates of that party," wrote associate editor Alexander McLean in 1895" (Quoted in Weiss, 1992). It was a four-page broadsheet with six columns a page.

Its founders, William Dunning and Zebina K. Pangborn, were both former Union Army officers and Republicans. They supported the party's overall Reconstruction program and its civil rights program of equal rights for African-Americans but took an independent editorial stand against the arrival of Irish Catholics into the city. Active in city politics, Pangborn served as the chairman of the 1870 city charter commission.

In 1908, the editor Joseph A. Dear renamed the newspaper the Jersey Journal. During his tenure, the newspaper gave witness to the rise of Jersey City's most controversial political democratic Party "boss" Mayor Frank Hague. The Journal initially supported Hague as a reform candidate in 1913. It backed his successful campaign to change Jersey City from a mayor-city council form of government to a commission form of government that brought Hague to power under New Jersey's Walsh Act of 1911. It also supported Hague in his election campaign for mayor in 1921 and again in 1925, but opposed his reelection in 1929.

Dear was succeeded as editor by his son Joseph A. Dear II. A graduate of the Hasbrouck Institute in 1889 and Princeton in 1893, he was appointed for three terms to the New Jersey Court of Errors and Appeals (1926-1944) under New Jersey's Constitution of 1844. Like his father, he supported Republican politics but also wrote editorials favoring the progressive reform ideas of Woodrow Wilson, such as the Walsh Act for municipal reform and the League of Nations after World War I.

Under the editorship of Joseph Dear II, the Jersey Journal began to challenge Mayor Hague's tactics and referred to his supporters as "Hague's Hoodlums" in words and political cartoons. Hague reacted by attempting to bring the presses to a halt with tactics that included interference with newspaper sales, advertising, and distribution, as well as raising its tax assessment by $175,000 in 1926. Hague even wanted to rename Journal Square "Veterans Square" in retaliation for the paper's endorsement of his political opponent in the mayoralty election of 1929, but the name was too entrenched in the city's frame of reference. Dear II also supported the Case-McAllister Committee investigation of Hague in 1928 and 1929. It reported that Hague had interfered with a Republican primary for a state senate seat, and it questioned Hague's personal finances and use of public funds. His last editorial for the Jersey Journal was "Hang Hitler," written in 1939.

In 1945, S.I. Newhouse, Sr., bought the Jersey Journal from the Dear family. It is one of the newspapers published by the Newhouse-owned Advance Publications that include The Star-Ledger and numerous daily and weekly newspapers. Newhouse began his vast newspaper holdings with its purchase of the Staten Island Advance and the Ledger of Essex County in 1935.

In 1996, Jersey City's daily newspaper moved the printing of the newspaper from 30 Journal Square to the Bergen Record's Commercial Printing facility in Rockaway, NJ, to allow for color printing. It briefly published a Spanish-language weekly newspaper, El Nuevo Hudson that was discontinued in February 2009. In 2002, it began publication of the local weeklies, The Bayonne Journal, Kearny Journal, and Waterfront Journal.

The Jersey Journal's future has been threatened with problems related to a reduction in circulation from as many as 100,000 newspapers a day in 1970 to approximately 40,000 daily and a loss of advertising revenue. In March 2002, negotiations between Newhouse owners and unions representing the employees prevented a shut down of the newspaper's operations.

Despite the ongoing challenges to print media, the Jersey Journal ​continues its long run. It celebrated its 150th anniversary at a special event at the historic Loew's Theater at Journal Square on April 29, 2017.  An anniversary section of the paper, published on May 2, 2017, featured "the top 25 news stories in Hudson County"  and some of the county's most significant persons and institutions. ​