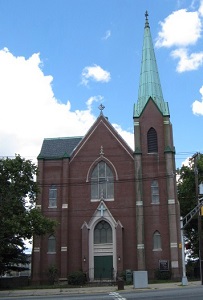 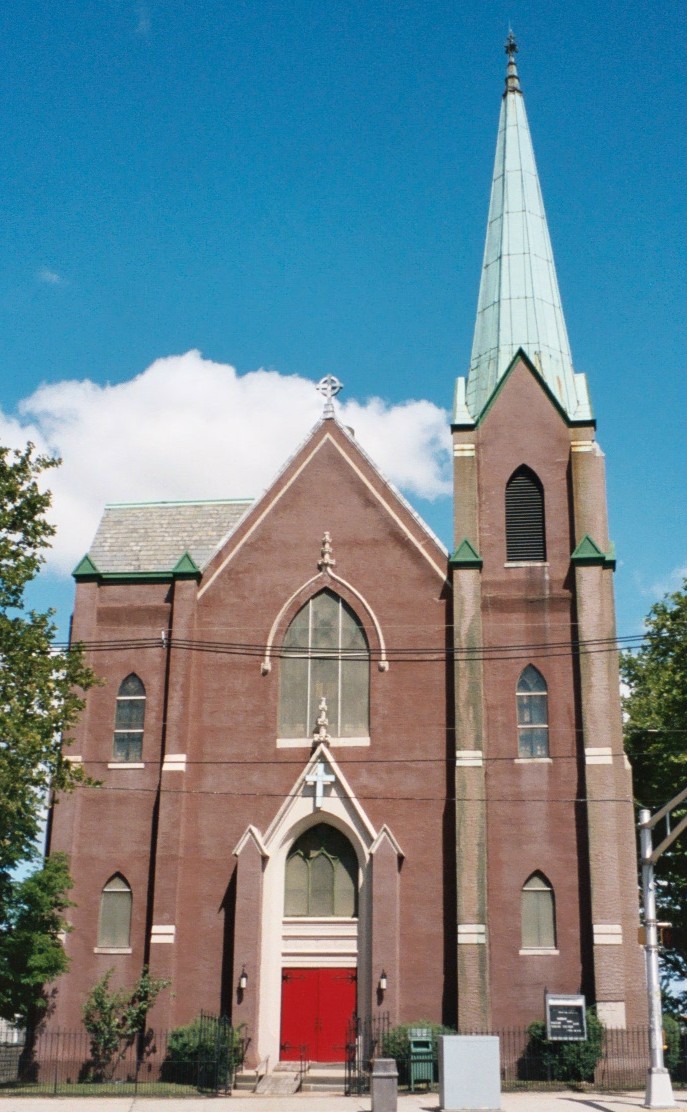 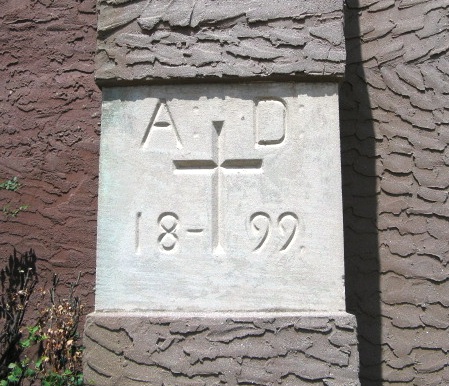 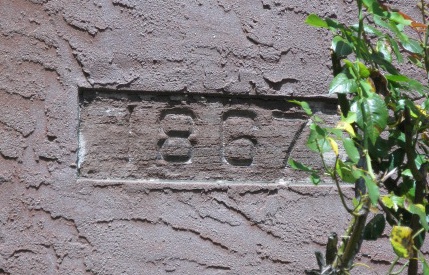 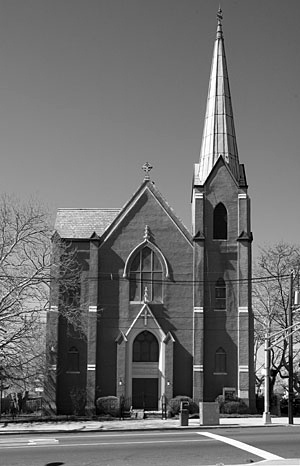 The Zion Evangelical Lutheran Church was the second church founded on the McAdoo Avenue site in the Greenville section of Jersey City. German expatriates had settled throughout the municipality after the Civil War but were not as numerous as in nearby Hoboken and elsewhere in New Jersey. The German immigrant community was split along denominational lines and including large numbers of Lutherans and Roman Catholics as well as many Jews. In 1860, New Jersey had 33,000 German foreign-born residents that increased to 120,000 by 1900 across the state.

In Greenville, the overall community of 2,789 in 1870 (US Census) had grown from 1,356 in 1865 (State Census) and the school population increased from 340 in 1863 to 950 in 1892 (McLean 90). The German residents represented a small but visible presence in the still largely agricultural municipality. By 1881 Charles Ambruster recognized the German-American settlement when he established Schuetzen Park, between Gates and Seaview Avenues. The amusement park became popular with German immigrants and others living in the Greenville area for its festivals and celebrations.

The Zion Evangelical Lutheran Church had its beginnings in 1867 with the Evangelical Association of Greenville, who had changed its name to the Zion Evangelical Church in 1868. Its members met for services in the school house on Old Bergen Road. According to local historian Alexander McLean, “In 1877 two lots on McAdoo Avenue were bought, and a Mr. Nelson donated a lot adjoining, on condition that a Lutheran church should be built on it. In October, 1877, the comer-stone of the church was laid” (302). Here they built a wood-clad church facing McAdoo Avenue for its 100 families. They had a Sunday school and German-English day school.

Twenty years later, the congregation commissioned the German-born architect Francis A. Minuth of New York to raze the wood structure and build a larger church for its growing membership on the same footprint.

Minuth was known for the design of the nine-story Renaissance (John) Kellor Building at 722 Broadway, New York City, and the Gothic-Revival German Evangelical Lutheran Church of St. Paul at 315 West 22 Street, also in New York City, in 1898.

The design of the Neo-Gothic church, built in 1899, and its corner location was intended as a visual anchor for the ethnic community in Greenville. The other anchor was the tall steeple of the nearby Roman Catholic Church of St. Paul the Apostle, on Old Bergen Road and Greenville Avenue, where a large proportion of the congregation was of German extraction as well.

The church’s façade, which was refinished in red stucco in the 1960s, has four elongated pier buttresses that accent its three sections. At the south and north corners are pier “angle” buttresses capped with smooth stone. The copper clad steeple sits atop the church tower at the right corner of the building. It gives the church an asymmetrical appearance found in many neoclassic Gothic Revival churches. Lancet stained glass windows with stone sills are set in the pointed arches giving greater height to the façade. The windows were made in Germany.

The center section of the façade extends to a gable topped with a modern Celtic cross that rises above the pitched roof. The pointed arch-hood molding defines the large window above the entrance and features prominent stone drip molds.

The church’s main feature is the entrance flanked by prominent pier buttresses decorated with lanterns. A white stone door surround overreaches the buttresses with a contemporary-style cross placed in the pitched spandrel. Above the double door is a cornice with the engraving “EV:LUTH:ZIONS KIRCHE.“ Lancet windows are enclosed in the pointed arch above the cornice within the door surround.

The iconic weather vane atop the first church, which once was responsible for the reference to the “Rooster Church,” was salvaged and is now preserved and on display in the narthex of the new church. The interiors walls beyond the narthex have wainscot that contrasts with the decorative stenciled ceiling. Chandeliers provide illumination.

German ethnic churches experienced the hardships of both World War I and World War II when American sentiment turned negative toward Germans living in the US, and they struggled to maintain their religious communities. Also, as with many ethnic-based churches, they experienced a changing membership as their neighborhoods became more diversified.

In 2013, the church that served the Lutheran congregation in the Greenville neighborhood for 146 years closed. It began to serve the ministry of the Muungano Seventh-Day Adventist Church in 2014.