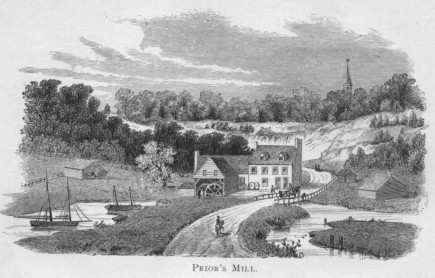 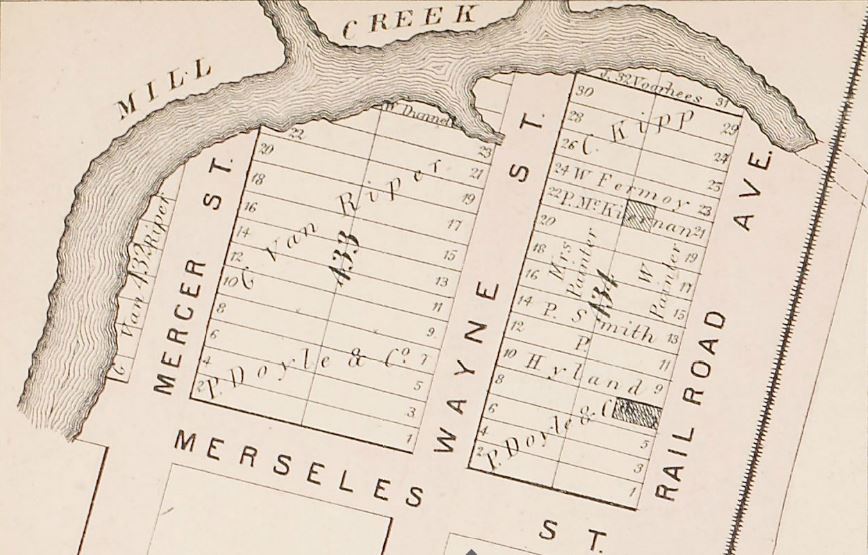 During the Revolutionary War era, the milling of flour was a vital industry to any locality. In 1760, Jacob Prior constructed a tidewater mill at the Mill Creek in the marshes that once separated Harsimus Island from the mainland. The filled-in area is now much of the present lower Jersey City. A road on Mill Creek, not far from Academy Street, gave access to barges that sailed their valuable cargo from the creek to New York Bay and beyond to New York markets.

The creek flowed into Communipaw Bay where there was a large dam. Gates to the dam were built across the creek allowing water to enter with the incoming tide; the returning tide applied a force against the gates thereby closing them. As the water accumulated in the dam, it flowed to the wheel where the grinding of grain was done with the use of African slave labor. Utilization of the flood tide as an energy source for the millstones also meant that that the mill operated in the evenings.

Prior's neighbor Cornelius Van Vorst built a ferry with a route from Paulus Hook Island to Cortland Street in New York City. It required the construction of an earthen causeway to connect with the road to Prior's Mill. The location of the mill overall made it accessible for farmers to bring their corn and wheat to Prior's mill by either wagon or boat as well as logs to be sawed for lumber. His success and popularity allowed Prior to build a thatch roof home and dock on the premises.

Prior's Mill is frequently mentioned in accounts of the area during the Revolutionary War. Although the patriots controlled the area of Mill Creek, it is reported that the British troops as well as the Continental army employed the services of the mill to obtain food for their soldiers. General George Washington, it is claimed, used the area behind the mill to watch the movement of the British navy in the Hudson River. He and General Hugh Mercer were said to be guests of Prior on occasion. Also, Major Henry "Light House Harry" Lee of Virginia used the mill as a stop for his troops before his strategic attack of the British held Fort Paulus Hook on August 1779.

In 1837 Mill Creek was filled in to allow for the construction of the New Jersey Railroad at Merseles Street, having a negative impact on the mill's operation. The next year the mill was razed in 1838 . Prior's house was also razed in 1880.