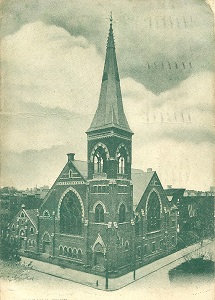 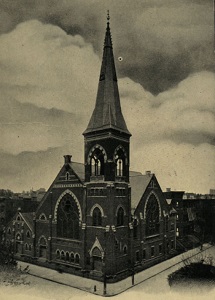 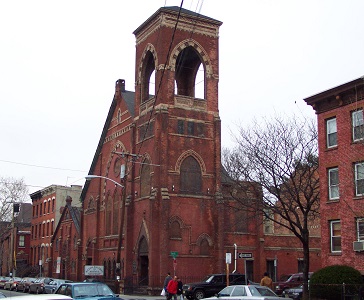 North Baptist Church was founded in 1865 as a result of the efforts to establish an additional Sunday school for the Union Baptist Church. The members of the Union Baptist Church were meeting in a hall at the corner of Fourth and Grove Streets. The growth of their congregation eventually led to the purchase of four lots on the corner of Fourth Street and Jersey Avenue in 1867, and the construction of a wooden church. When the number of church members outgrew this building, they raised funds for the construction of the present church at Fourth Street. The North Baptist Church was dedicated on November 14, 1886.

Major Z.K. Pangborn, one of the founders of the Jersey Journal, was a charter member of the church and president of its board of trustees. He donated money for the addition of the Pangborn Chapel that now adjoins the church sanctuary. It is now used as a community center.

After 113 years of continuous service to the community, the North Baptist Church had a fire in 1978. It was renovated, in part with funding from the American Baptist Convention in New Jersey, and reopened in 1985 as the North Baptist Spanish Church. It has a bilingual ministry serving mostly Puerto Rican, Cuban, and Columbian families, as well as its English speaking members.