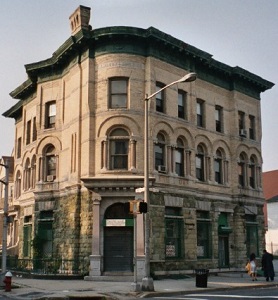 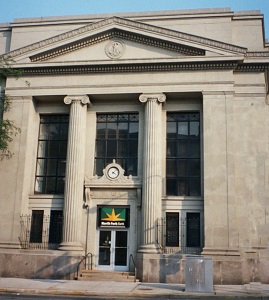 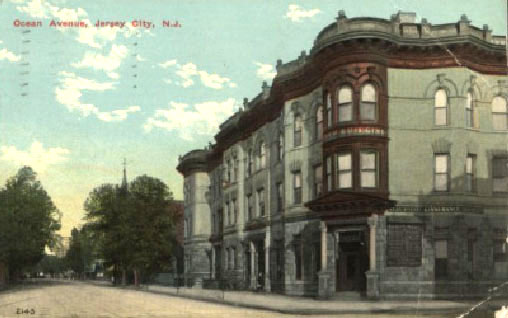 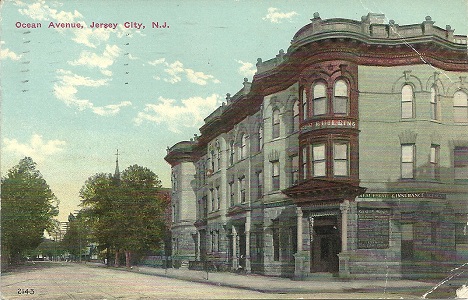 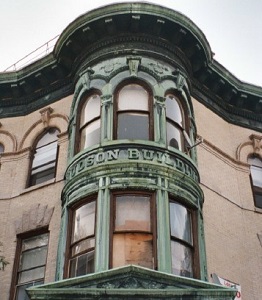 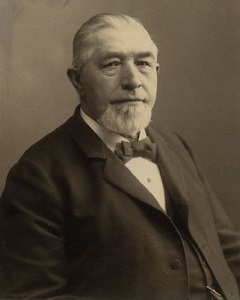 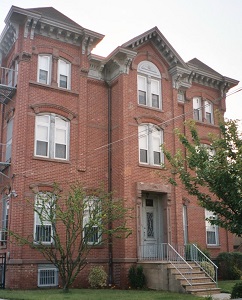 The Hudson Building was constructed in 1898 during the dominance of the Romanesque Revival style popularized by architect Henry Hobson Richardson. The three-story gray-green building originally housed the Hudson Real Estate Company of which Lembeck was a director.

The former entrance of the northeast corner property at Ocean and Lembeck Avenues features an extended pediment over a doorway-since replaced by a window-and is flanked by Corinthian columns. The distinctive rounded corner section of the building is green and has three-part bay windows on the second and third floors; the name "Hudson Building" is engraved above the second-story windows. The ground floor features rusticated masonry on the facades facing Ocean and Lembeck Avenues; rectangular windows with vertical stone lintels line the second floor; and arched windows with engraved semi-circular lintels and decorative keystone design surround the third floor.

In 1924, the Greenville bank relocated to a new Classical Revival building by New York architect Alfred C. Bossum at the southwest corner of Ocean and Lembeck Avenues. The bank merged with the Trust Company of New Jersey in 1929 and today the building is a branch of the North Fork Bank. The façade on Ocean Avenue has a recessed opening flanked by prominent two-story fluted Ionic columns and is topped with a pediment. One enters the building by way of the three-riser granite stairs leading to the front entrance with replacement contemporary class doors. Above the doorway is a cornice with engraved brackets that serves as the base for a clock set in the classical revival style.

The Lembeck Building at southeast corner of Ocean and Lembeck Avenues is an imposing gray-green stone three-story structure. Built in the Romanesque Revival style like the Hudson Building, it has a prominent corner entrance with an arched round-headed stone doorway flanked by squared Ionic columns topped by a cornice with modillion. Rusticated masonry decorates the first story street facades. On the second floor, a succession of windows is set in a semi-circular pattern carved in the façade with arched transoms; the windows are each flanked by side rounded Ionic columns. Windows topped with vertical stone lintels surround the third floor; and a decorative green cornice outlines the property. The name "Lembeck Building" is engraved in the stone above the third-story corner window. Today the first floor is commercially occupied and the top floors have apartments.

Lembeck lived in the home that he designed at 46 Columbia Place (today Lembeck Avenue) and Old Bergen Road. The mansion today still stands on the grounds of Peacecare St. Ann's Home for the Aged on Old Bergen Road.