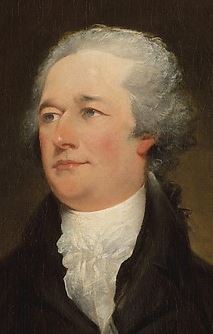 Detail of the portrait of Alexander Hamilton by John Trumbull 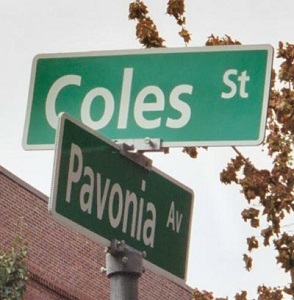 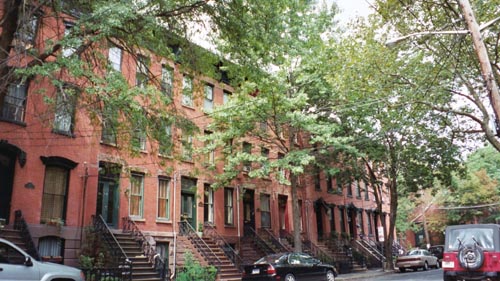 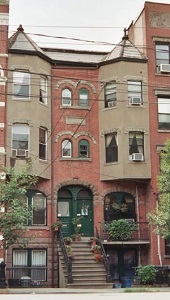 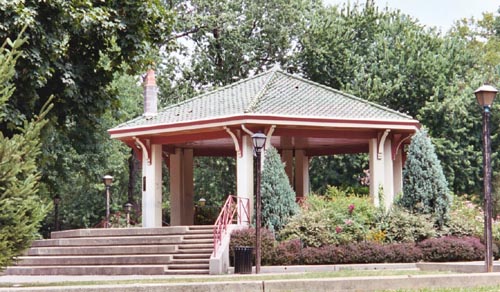 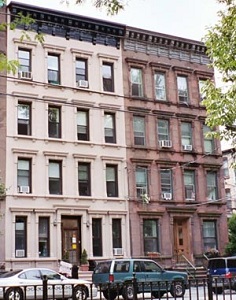 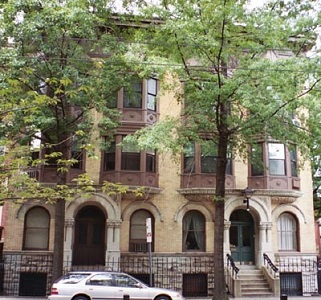 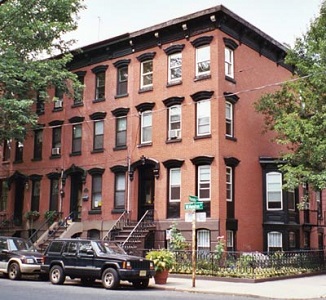 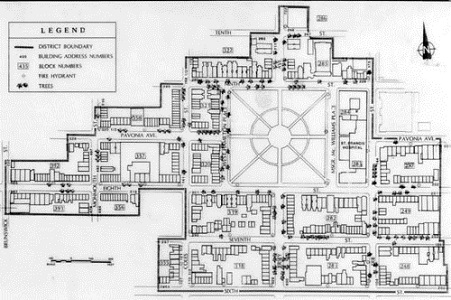 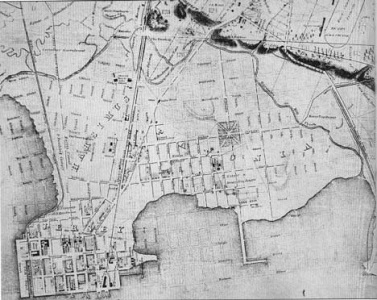 Detail from the Douglas Map of Jersey City and Van Vorst Township (1841) showing the location of Hamilton Park. 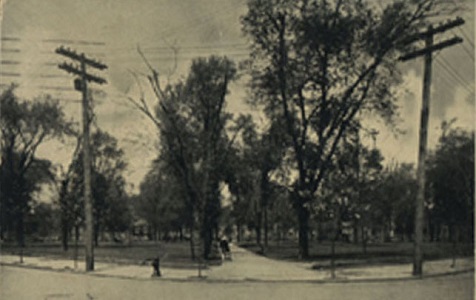 Postcard view of Hamilton Park circa 1910. 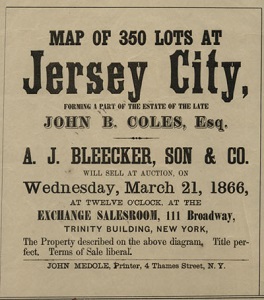 Advertisement of lots surrounding Hamilton Park to be sold (1866). 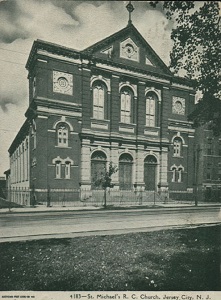 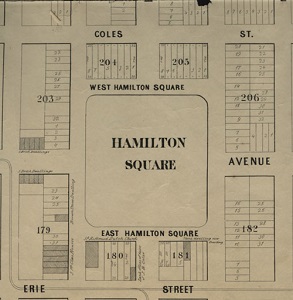 Map of lots surrounding Hamilton Park to be sold (1866). 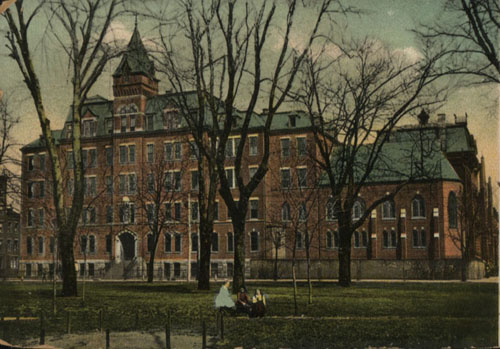 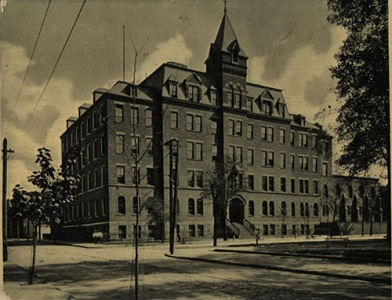 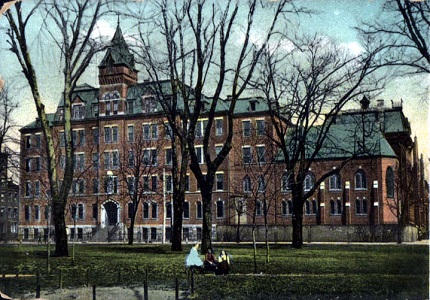 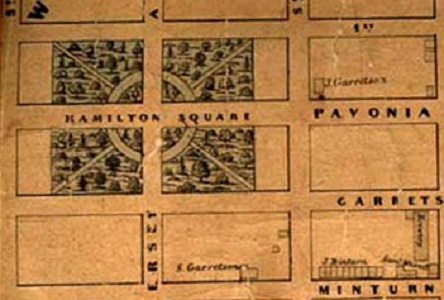 Detail from the Dripps Map (1850) showing the location of Hamilton Park.

Hamilton Park remains the centerpiece of the Hamilton Park Historic District in downtown Jersey City from the time of its inception in the early nineteenth century. Tree-lined streets with rows of Victorian brownstone homes border the 5.4-acre "residential square," giving the area its picturesque streetscape. The Hamilton Square Condominiums that once housed the former Saint Francis Hospital complex face the east side of the park. A short distance from the park to the east is the Newport Mall and to the north is the entrance to the Holland Tunnel.

The park is named after Alexander Hamilton. He was the aide-de-camp of General George Washington during the Revolutionary War and later the nation's first secretary of the treasury under President Washington. Hamilton, the head of the Federalist Party, lost his life in a duel with Aaron Burr, the first vice president under Thomas Jefferson. The duel was fought on the Palisades at nearby Weehawken, NJ, on July 11, 1804. It was John B. Coles, a Federalist from New York, who initiated the plan for a public park in Jersey City to be named for Hamilton.

A flour merchant, Coles served in the New York senate (1799-1802) and was one of the thirty-five investors in the Associates of the Jersey Company. In 1804, he purchased the northern half of Harsimus Island; the streets and residential blocks of today's neighborhood, laid out along a grid plan design, follow the lines of Coles' original map and survey of his property. In 1827, Coles laid out plans for a park on a map in the northern center of the Harsimus area, but he died shortly thereafter. Development of the area progressed slowly, and so the park project languished.

In the meantime, a large section of Harsimus separated from Bergen Township and was incorporated as Van Vorst Township in 1841. It was a year after Hudson County became separate from Bergen County, and three years after neighboring Jersey City (the Paulus Hook area) became an independent municipality.

By 1848, the economic outlook for the area improved and real estate values were rising. The heirs of John Coles laid claim to the park property for their personal use. The Coles family heirs held that the Van Vorst Township had neither the deed to the property nor verification of acceptance of the park property from Coles. Advised by legal counsel to show some possession of the property, township officials planted four trees and built a wooden fence around the site. When the Coles family heirs continued to press for control, the township's attorney brought the case to court and secured the public testimony of two elderly associates of John B. Coles (Grundy 35). They corroborated that back in 1804 Coles wished for the development of a park for public use. The testimony thereby resolved the dispute, and the park was conveyed to the township. However, by the time of the decision, the Van Vorst Township was no longer a separate political unit; it joined the new municipality of Jersey City in March of 1851.

The park remains not only as a memorial to Alexander Hamilton but also as a reminder of the legacy of John B. Coles to Jersey City. Today the park has a large gazebo, basketball court, children's playground, and tennis court. The boundaries of the Hamilton Park Historic District are Sixth Street, Bay Street, Manila Avenue (formerly Grove Street), and Coles Street. The district includes McNair Academic High School and Cordero Elementary School.

Saint Francis Hospital had a long presence on the park from 1864 when the Society of the Sisters of St. Francis purchased a house on East Hamilton Square. They laid the cornerstone for a hospital building in 1870 and gradually expanded into a large complex on the east side of the park. In January of 2005, the Bon Secours Health System sold the St. Francis Hospital property to developers who rehabilitated some of the structures into condominiums.

Preservation of the park and its environs is the mission of the Hamilton Park Neighborhood Association founded in 1975. They successfully championed a $3.2 million renovation of the park in 2010 that included the gazebo, Victorian-style lighting, water fountains and new park benches.