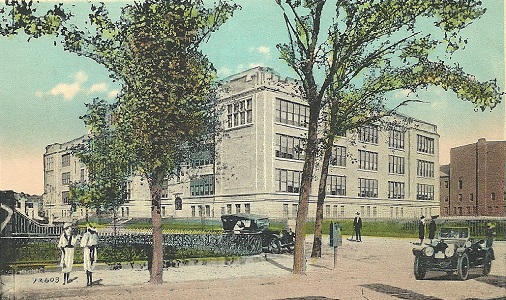 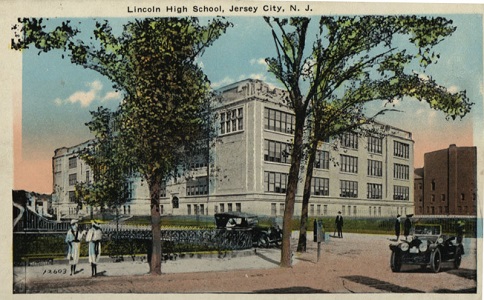 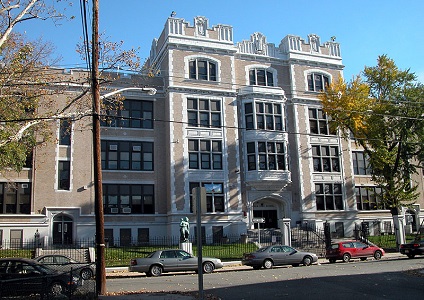 Lincoln High School was named for Abraham Lincoln, the sixteenth president of the United States, and opened in 1917. Jersey City's second public high school was started in 1913 to accommodate the overcrowded conditions in the City High School (now Dickinson High School). It occupied the abandoned Hasbrouck Institute building, formerly used by the Lyceum School and run by William L. Dickinson in 1837. In 1915, Frank Hague, Commissioner of Public Safety, considered closing the school, among other schools, as a potential fire hazard. The concern resulted in the current high school; an extension was added several years later.

To honor the school's namesake, a bronze statue of Abraham Lincoln, "The Railsplitter," by Archimedes Giacomantonio was commissioned in the 1930s. Cast by the Cellini Bronze Works in Brooklyn, NY, it rests on a marble base in the high school lobby. The statue portrays a seated figure of "a young Lincoln--sitting on logs, reading a book with a hatchet at his back" (Ken Thorbourne, Jersey Journal, February 5, 2004). Giacomantonio also sculpted the statue of Christopher Columbus at Journal Square that was dedicated in 1950.

The Lincoln statue has regularly received homage from the schools' students. Members of the athletic teams have been known to rub the head of the statue hoping to insure victory, and fraternities have had students kiss the statue as part of a pledge ritual. In 1994, the high school's "lucky charm" was stolen from the lobby and wound up in an antique store. After reports of its location to local authorities, "The Railsplitter" was returned to the high school and re-installed in January 2004.