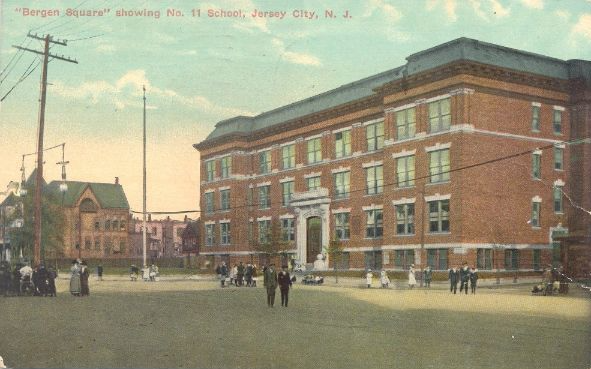 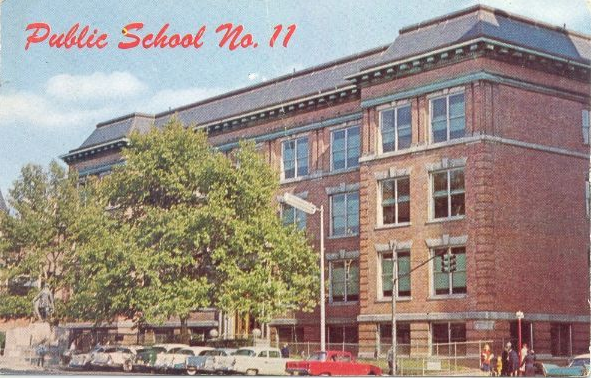 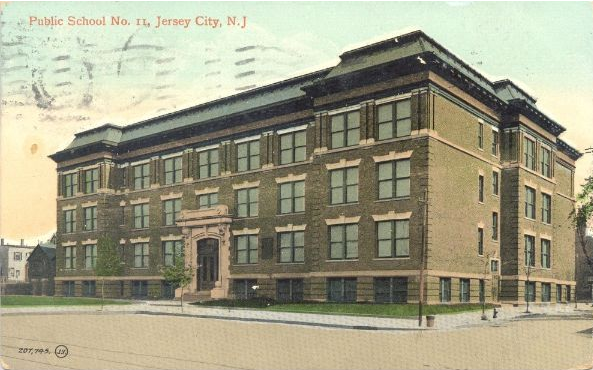 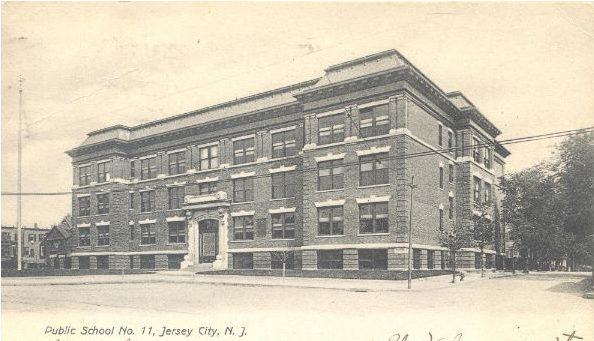 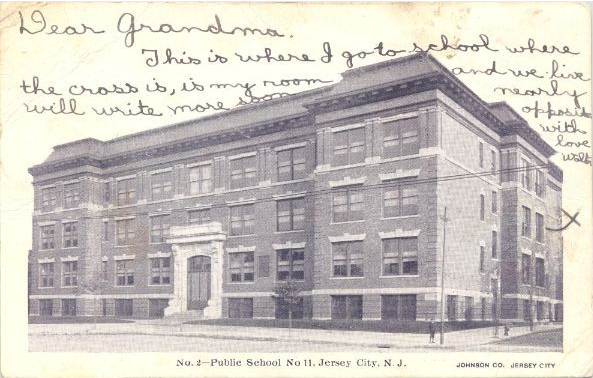 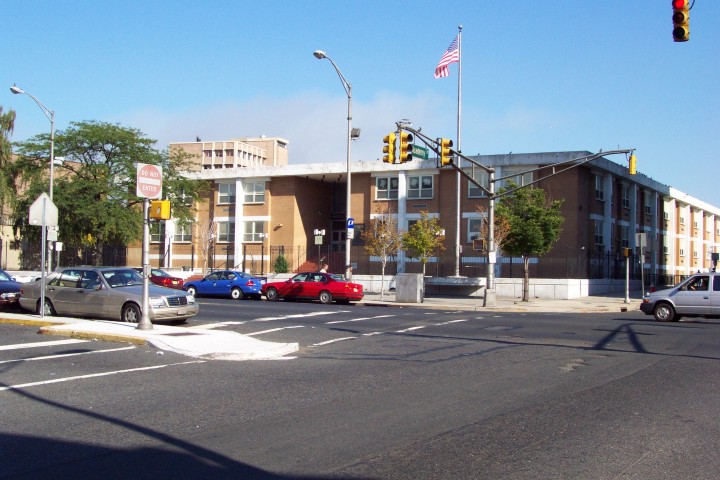 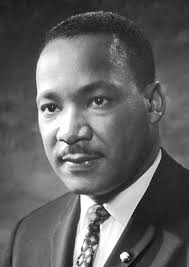 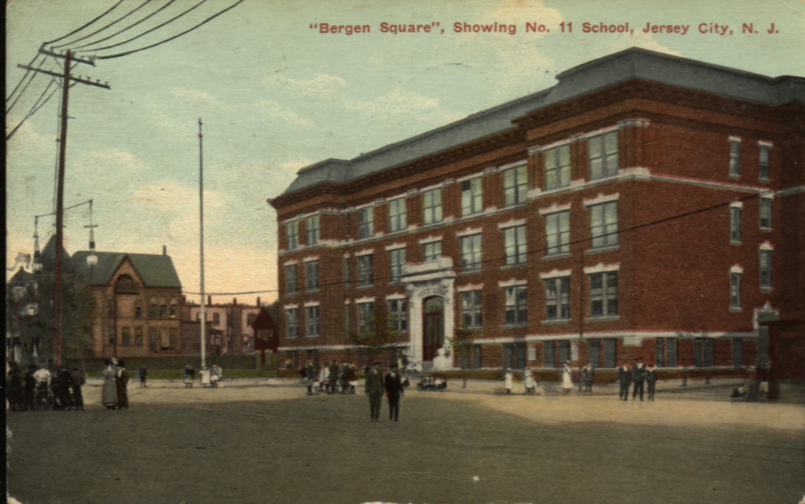 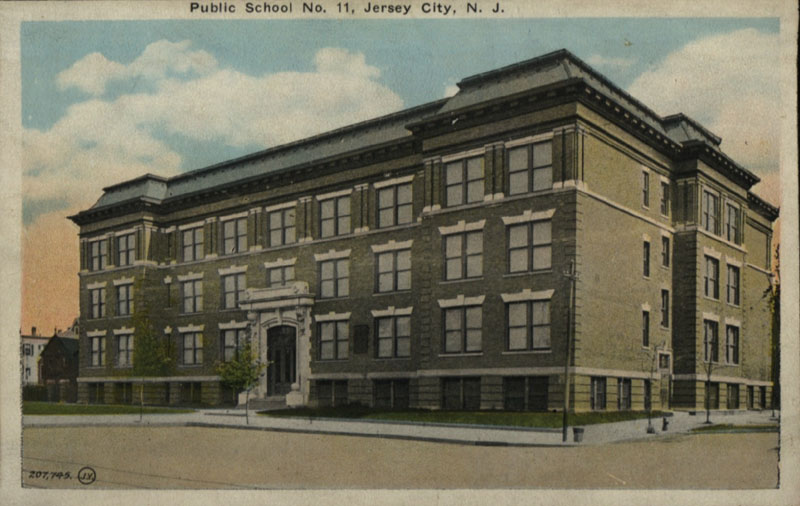 Constructed in 1903, the second Public School #11 is shown in this postcard view looking northeast from the intersection of Academy Street and Bergen Avenue at Bergen Square.
Courtesy, Jersey City Free Public Library 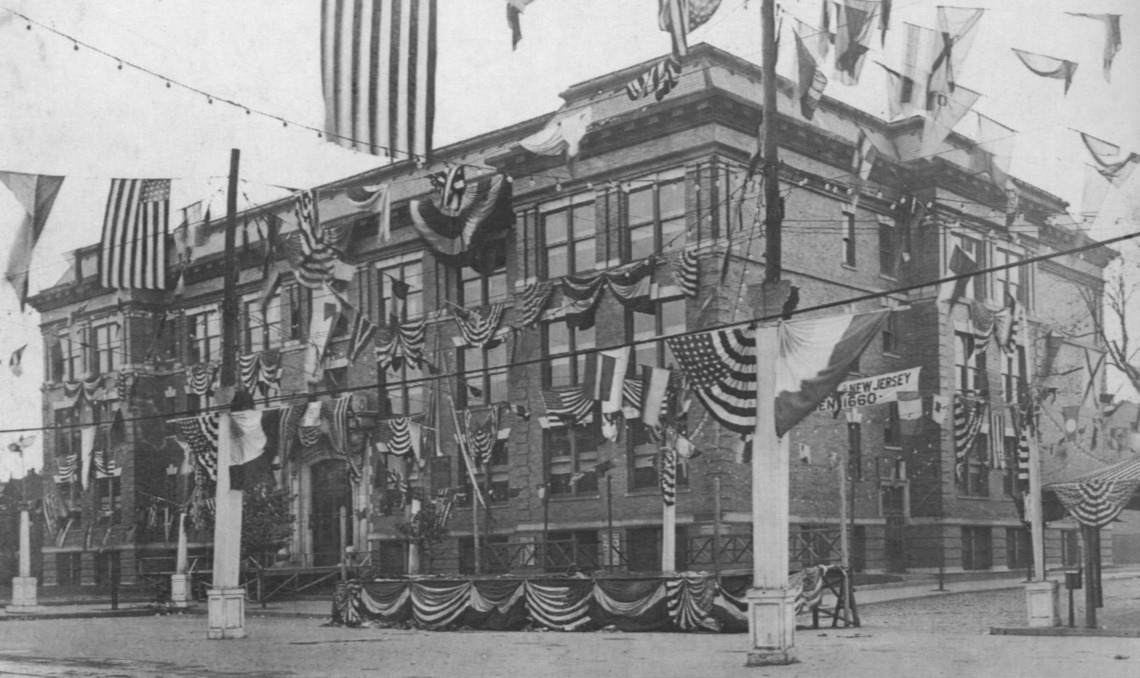 1n 1930, PS #11 was decorated with banners and bunting to celebrate the 250th Anniversary of the founding of Bergen.
Courtesy, Jersey City Free Public Library 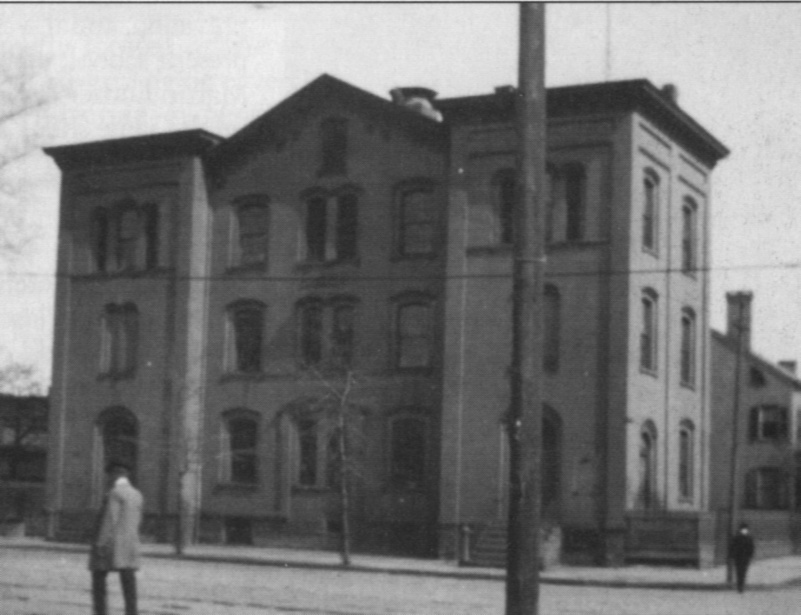 The school building shown above was constructed circa 1857 on the same location as the Columbian Academy which it replaced. It was officially designated as PS #11 following the merger of Jersey City and Bergen and Hudson Cities in 1870.
Courtesy: Jersey City Free Public Library 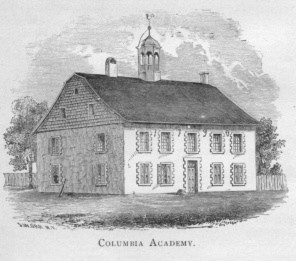 The Columbian Academy once stood at the northeast corner of Academy Street and Bergen Square on the site of two earlier school buildings. This lithograph shows how the structure may have appeared circa 1790.
Source: H. Eaton, Jersey City and Its Historic Sites (1899) 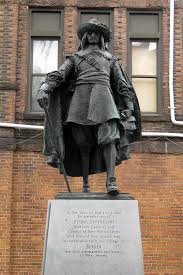 Dr. Martin Luther King, Jr. Public School #11 is the oldest continuous school site in the United States and the first free school and public school building in New Jersey and Jersey City. Located on Lot No. 177, at the northeast corner of historic Bergen Square in the village of Bergen, it began during Dutch rule of New Netherland and under Director-General Peter Stuyvesant, circa 1660-1662.

The concept of a free school continued after the succession of the English rule of Colonial New Jersey in 1665. In the charter of land and privileges to the Town and Freeholders of Bergen, Governor Philip Carteret included an insightful, if not historic, provision “. . . to lay out such a proportion of land for the keeping of a free school for the education of youth as they shall think fit; which land, once being laid out, is not to be alienated, but to remain and continue forever from one incumbent to another free from paying of rent or any other rate or tax whatsoever” (quoted in "The Bergen Columbia Academy," 1908).

The date on whether the school lot was dedicated in 1660 or 1668 is in some dispute. There are claims that school was conducted in a 1664-built log cabin and was also used as a drunkards’ prison on the weekends until replaced by a school built in 1668.

According to the historian Daniel Van Winkle, "The exact date of the first building on the school lot is not known, but in 1678 it was in much need of repair so it could not have been long declared" (New York Times 6 October 1910). It was most probably a log building that followed the instruction of children in the settlers’ homes for some time. Engelbert Steenhuysen was the first schoolmaster. The second school was built on the same lot in 1708 and probably remained under the auspices of the Dutch Reformed Church until the Revolutionary War. In 1790, the building was razed and replaced by a new two-story brownstone building with a cupola and named the Columbian Academy where Bergen Avenue and Academy Street now come together.

The Township of Bergen claimed jurisdiction over the Academy to meet the educational needs of the growing community. The Trustees of the Academy transferred the deed for the property to the Township in 1813. The following year, the New Jersey legislature approved the use of the Academy as a public school. In 1841, when the second Dutch Reformed Church was razed, the brass rooster weathercock/vane was placed on the school’s cupola. It operated until 1857 when the Academy was razed and the Town of Bergen built Columbia District School Number One on the "school lot." It became Public School No. 11 with the consolidation of the City of Bergen and Jersey City in 1870. The building was replaced in 1905 with a new and larger school on the same site at 886 Bergen Avenue.

In 1910, at the commemoration of the 250th Anniversary of the founding of the village of Bergen, it was proposed that a statue of the Director-General of New Netherland be placed in front of the school. The unveiling of the bronze statue took place on October 18, 1913. The inscription on the base read: "In the year of our Lord 1660, by permission of PETRUS STUYVESANT, Director-General, and the Council of New Netherland, around this Square, was founded and built the Village of BERGEN, the first permanent settlement in NEW JERSEY."

On October 3, 1966, a fire destroyed Public School No. 11. The new school designed by Comparetto & Kenny is the sixth school on the historic site and is named for Dr. Martin Luther King, Jr., the civil rights leader. A bronze bust of Dr. King by the Jersey City sculptor Archimedes Giancomantonio is in the lobby.

At the school's dedication on April 2, 1969, the statue of Peter Stuyvesant was placed near the entrance of the school. The pamphlet from the ceremony gives homage to the two men with whom the school is associated: ". . . Martin Luther King, Jr. . . . like Peter Stuyvesant knew when to fight and when not to fight. Dr. King chose to wage his war by nonviolent means. Hopefully his followers will, as the Dutch settlers did, choose the peaceful way; and in this manner, assure to all peoples the benefits of the centuries of work and dedication which have continued on this site."

The statue of Stuyvesant was removed from the school site on February 5, 2010, amidst some controversy. It remains in storage at The Beacon, the former Jersey City Medical Center. There are plans for the statue to be restored and placed on a new base within historic Bergen Square.