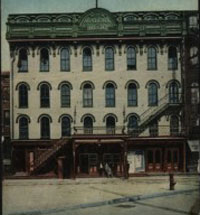 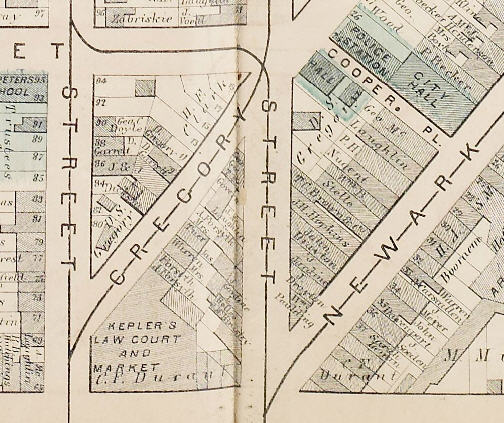 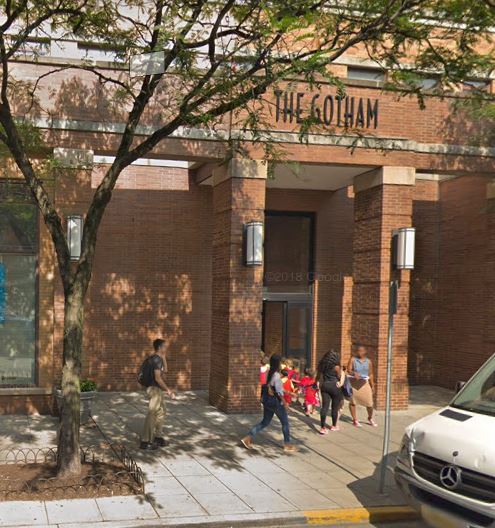 Academy of Music
Junction of Gregory and York Streets

The Academy of Music is considered the "first regular" theater in Jersey City.  It began on the second floor over Kepler's Market and was built by Jersey City inventor Charles F. Durant in 1870. The building was renovated as a theater with a square balcony and gallery by the Emma Abbott Opera Company 1877.

William Henderson, a New York theater manager, became interested in the local theater when he came to Jersey City to produce the remaking of La Maitre De Forge by George Onet. It was renamed Claire and the Forge Master and was dramatized by his wife, Mrs. Ettie Henderson.

William Henderson purchased the theater, completely renovated the interior, and reopened the playhouse on September 15, 1887. The first production was the play Featherbrain, featuring Minnie Maddern Fisk. After Henderson died in 1889, the theater continued with his widow and owner Ettie Henderson and her son Frank E. Henderson as manager. Henderson also owned the Majestic Theater on Grove Street, which opened in 1907.

The Academy of Music may have been among the many buildings razed in the late 1950s to make way for the construction of the Gregory Park Apartment buildings.

In late 1999, The Gotham, a modern high-rise luxury apartment building with an Art Deco style exterior, opened on the site.